Exports of both primary and semi-finished metal have a major impact on the supply market in Western Europe and farther afield.

A sizeable proportion of the primary metal sitting in Europe’s LME warehouses is of Russian origin, and Russian semi-finished metals largely set the base price for European mills’ sales of the same products in the commercial, non-aerospace area of the market.

Of course, Russia isn’t alone in producing much more than it consumes, as these comparable pie charts show: 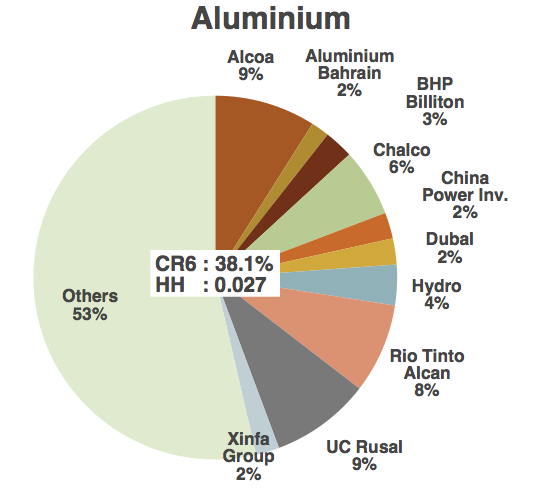 Australia is as large a culprit relative to its size, and the Middle East too, where combined production is even higher than Russia’s and consumption even lower. 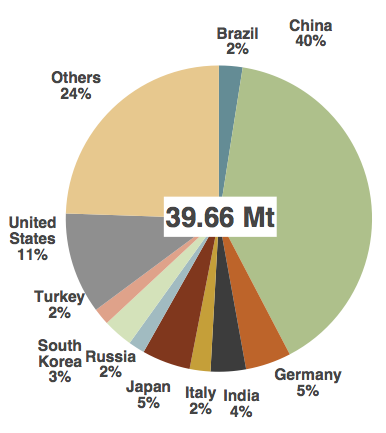 Rusal frequently announces the intention to cut production, but the reality is that total production for Central and Eastern Europe, of which Rusal makes up a sizeable proportion, has barely dropped over the last 15 months, as this graph produced from data supplied by the IAI shows.

Looking further back to pre-crisis times, the area’s aluminum production has averaged around 12,000 tons, with it rising to the high 12,000s only in 2007-8 before returning to current levels.

Providing that China continues to restrain exports of primary metal, the worse the country can be said to be doing is depriving the rest of the world of a market for their excess metal.

The overcapacity in China is a symptom of a global phenomenon, not the cause.