Home | Manufacturing | Nintendo: This Is What Conflict Minerals Non-Compliance Looks Like
Commentary

Nintendo: This Is What Conflict Minerals Non-Compliance Looks Like 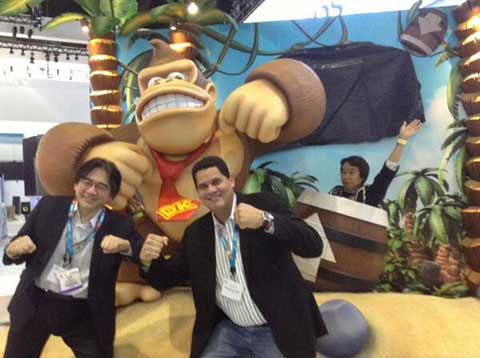 This is what conflict minerals non-compliance looks like. At the 73rd annual Nintendo shareholders meeting. Source: gameranx.com

Just before Nintendo Co. Ltd. announced its dividend payout and new board of directors appointments yesterday, news came to the fore of their disdain for conflict minerals compliance.

At least that’s how it was reported by Buzzfeed, using anti-modern-slavery group Walk Free’s recent protests and Enough Project spokespeople as sources.

Of course, Nintendo and other non-US-based public companies are not subject to the Dodd-Frank-originated Conflict Minerals Law now under the purview of the Securities and Exchange Commission (SEC). So, it follows that they would do less to be compliant with the conflict minerals rule, as the Enough Project’s senior policy analyst Sasha Lezhnev alleges.

“Nintendo is putting on blinders when it comes to the conflict minerals issue,” he’s quoted as saying in the Buzzfeed article. According to a recent Enough Project report from August 2012, “Nintendo has made no known effort to trace or audit its supply chain.” The report ranks Nintendo dead last among electronic companies, according to the article. 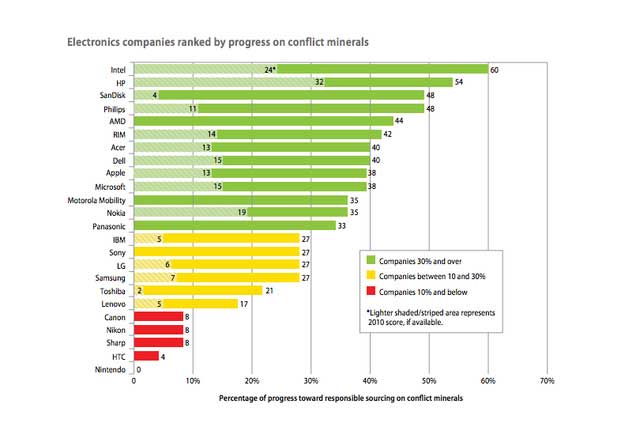 To their credit, Nintendo at least has boilerplate language condemning conflict minerals usage and assuring those who care that the company takes utmost supply chain traceability measures.

However, looking at the bottom of the above graph, it’s not surprising that the shades of yellow and red are almost exclusively Asian OEMs and their suppliers.

In a region with comparatively low labor and material costs and a sub-par record of workplace conditions, should we really be surprised?

Check out MetalMiner’s Conflict Minerals Center – check out the top-right tab on the home page!