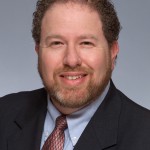 We caught up with William Strauss, senior economist and economic advisor in the economic research department at the Federal Reserve Bank of Chicago, on how he views current and future trends in the U.S. manufacturing economy. He’ll be speaking at Commodity/PROcurement EDGE this October.

MetalMiner: How would you characterize the current macroeconomic climate for manufacturers?

William Strauss: With regard to overall economy, the view is that it’s expanding, although at a fairly below-trend pace. That’s been a bit of a disappointment this year. In the first half of 2009, manufacturing had been on a tear, growing at a pace twice its historical growth rate. This was coming off of a downturn, of course, so inventories got depleted, and were being rebuilt. Even though the economy was muddling along, manufacturing led things. But the inventory story has come to an end.

You talk to most manufacturers today and they’re comfortable with their inventory levels; the need to produce above and beyond demand is limited. Any future growth is tied directly to what’s happening with demand in the US, in Europe and Asia. Global demand is very weak, and we’re seeing that reflected in manufacturing.

MM: Are there any economic indicators in particular that are on your radar right now?

WS: There’s a number of things I’m keeping an eye on. The labor markets, for one, to a very high degree – they’ve been a stronger than expected, given the growth of the economy, perhaps making up for previous years. That’ll be the key driver for demand: people getting jobs and being able to buy goods and services. [I’m also looking at] certain industries. The auto sector has been a very strong performer and remains the leading industry during the recovery, and I was pleased with the June sales numbers, which suggests that the third quarter for vehicles will continue to improve.

MM: To what degree (if any) will currency exchange rates affect US manufacturing trade moving forward?

WS: I can say that the US remains a globally competitive place. I find it interesting that with all the challenges we face in this country, what with fiscal deficits and people talking about when the treasury ratings were downgraded, it would’ve been a disaster, inflation would zoom up, etc. – the exact opposite happened. The dollar strengthened, interest rates were lower, inflation rates were lower…but this is all relative to how the rest of the world is doing. A lot depends on how Europe will resolve its matters.

The energy story is more important than the dollar. I say that because it’s hard to pick out a sector that’s more energy-intensive than manufacturing. We’ve got an opportunity, using the horizontal drilling methods, etc., to make the US the lowest-cost energy producer in the world, and this will benefit our industry, especially the chemical energy sector. Facilities are being re-done, and exports of chemicals will improve. We’re just in the infancy of seeing these changes come into effect. I’ll be talking quite a bit about that at the conference. The US has significantly lower production costs than China, especially since China’s production index has been falling the past four months.

MM: Let’s flash forward to October – what do you expect the macroeconomic landscape to look like then, going into the end of 2013?

WS: We keep hoping and hearing that activity will improve in second half of the year. By October, we’ll have a better sense of how Q3 has materialized. At the Chicago Fed, we produce the National Activity Index, and that number was indicating a very low level of activity. When we get the next US GDP results, I’m not expecting a very good number. One begins to wonder what it takes to get the economy moving at a more impressive clip.

Hear William Strauss deliver a keynote at our Commodity/PROcurement EDGE conference this October.