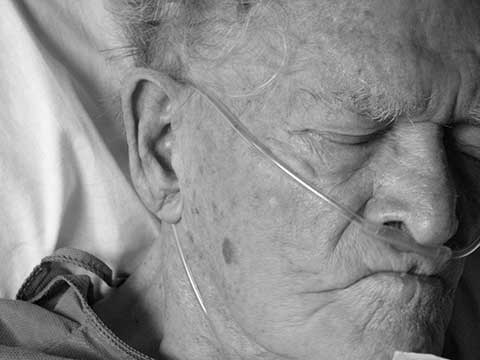 Is nickel the sick man of today’s base metals markets?

Not so long ago, my colleague penned a piece on the nickel market with the apt description of it looking like a sick man. In most respects, that outlook remains intact. In fact, August had the most number of days of record LME nickel stocks.

However, a couple of recent developments have us wondering if a ‘black swan’ appears on the nickel horizon – or perhaps just a swan song?

Take, for example, this recent expose discussing what the New York Times calls the “Bernanke Bubble.” Others have referred to this bubble as a drug (we specifically speak of quantitative easing, QE2, 3, Operation Twist or whatever the term du jour one uses to describe the Fed’s monetary intervention). But the short of the long for nickel markets goes like this: many emerging markets have taken advantage of cheap US loans to fund a range of projects from skyscrapers in Turkey to steel production in India or oil exploration in Brazil, according to the Times.

And as with all loans, one can’t borrow forever. These emerging market countries have to pay back their debts in dollars, yet they earn their revenues in their home countries, in home currencies – and all three currencies have depreciated in recent weeks.

So what does currency risk have to do with base metals markets, including nickel markets?

The market “herd” has already left emerging markets in search of greater stability. All that remains includes debt repayment. That brings us to our next follow-on question – what happens if emerging markets default on their cheap USD loans? 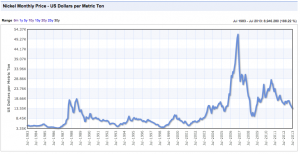 As our older readers lived through and may recall, the twin peaks back in 1987 and 1989 saw the Dow Jones Industrials fall a record 108 points. On Oct. 19 1987, the Dow Jones Industrial average plunged 508 points, or 22.6 percent in one day. Prime rates rose during the summer of 1988, likely impacting the second shift up in prices and were subsequently lowered starting in June of 1989.

And though nickel remains in oversupply (China has mastered product substitution for primary nickel production), black swan events can still wreak havoc on markets, despite what underlying fundamentals and sick men might have you think.

Get more visibility into base metals markets for 2014: