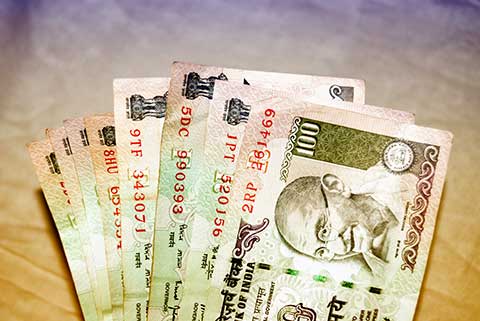 An election year and increased political pressure on the Indian government due to the fall in value of the Indian rupee against the US dollar have combined to make the government issue some noises on the resumption of iron ore mining.

In the past two weeks or so, the Indian rupee has touched new lows, as low as Rs 68 to the dollar, sending panic waves everywhere. Import bills ran high, which made some folks sit up and say, “What if the Indian Supreme Court had not banned mining of iron ore? Would it not have helped solve the rupee crisis?”

One chief minister of an Indian state, Manohar Parrikar of Goa, one of the most affected states of India because of the mining ban, even went out on a limb and blamed the courts outright for the rupee crisis.

The jury may be out on that kind of opinion, but speaking at a public rally organized by the Goa Mining People’s Front last week, Parrikar is reported to have said the rupee had plunged because of the suspension of mining activity in India. The “absolute bans” on mining, he was reported to have said, according to a report in the First Post.

Goa, Karnataka and Odisha account for most of the iron ore production, which stood at about 140 million tons (MT) before the ban kicked in about two years ago. Goa accounts for at least 50 percent of the exports, and at least 25 percent of its population is dependent on mining.

In Karnataka, the mining ban was partially lifted by the highest court in April this year.

With the Supreme Court set to hear the case on illegal mining from the 17th onwards, many in the mining sector, and also the Indian government, are hopeful that the ban would be lifted soon, and exports re-ignited. The government, in turn, staring at its own currency going completely south, has also indicated it may approach the Court to resolve the impasse on iron ore mining in some states. Because of the mining ban, iron ore exports from India were down by almost 60 percent.

So, while the federal government run by India’s largest political party, the Congress, has one eye on the forthcoming parliamentary elections, the Goa government, though under no such electoral compulsion, too, is eager to see the ban lifted because of the severe pressure on its own treasury, not to mention the rising unemployment because of the stoppage in mining.

To appease the constituents of the state, particularly its own vote bank, the Goa chief minister, who belongs to India’s leading opposition party, has announced his state government will begin the process of lifting the suspension on the mining leases a few days from now.

Assistant Director of Mines and Geology Department Parag Nagarcekar said that the process to sign lease agreements with mine owners would begin soon. In the first phase, around 24 leases would be signed, mostly belonging to major mining giants like Sesa Goa, Chowgules, Salgaoncars and others.

But before anybody can jump for joy, thinking that this means mining would resume in Goa, here’s a small afterthought.

The state government has clarified that withdrawal of the suspension order does not mean that mining activity in those leases could resume. Well, for that, mine owners will have to wait for the court to lift the ban on exports and fresh extractions that was imposed a year ago. Hopefully, by the end of this quarter or early next quarter, optimistic people in Goa’s government feel that will happen.

If it does, at least the strong mining lobby can then breathe in the fresh air of the world-renowned touristy State of Goa and say, “Cheers! Happy days are here again!” – a view not necessarily shared by the Greens of Goa.

If you care about iron ore and other commodities, you should care about this: