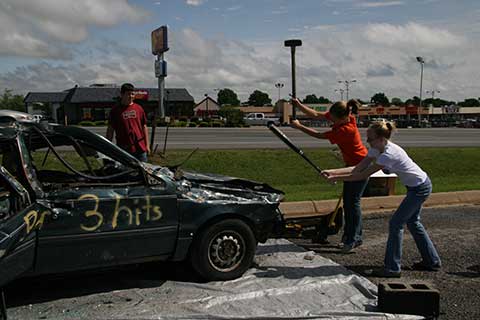 Why is the US Federal Reserve looking into reviewing whether Goldman Sachs, JPMorgan and other banks can hold physical commodities such as gas, aluminum and the infrastructure in which to store them?

Because of facts like these: a Euromoney article reports that according to the Aluminum Association, the US aluminum supply totaled 18.3 billion pounds (8.3 million tons) in 2009, with industry sources putting Goldman Sachs holding some 25% of it.

The article went on to speculate that a rapid exit from their positions could precipitate a collapse in prices, but in reality it is unlikely the banks would liquidate their positions. Their trading positions and commodities business division are lucrative businesses in their own right and the banks are much more likely to put them up for sale than simply liquidate them.

For example, JPMorgan’s warehousing business is estimated to have contributed some $250 million of revenue annually.

JPMorgans of the World: Not Only Game in Town

Would the world be a safer place without these major players’ direct involvement as position takers and operators of infrastructure?

To some extent, yes, but as they are only one of several players – hedge funds and traders also hold material, speculate or invest in the same way. Removing the banks won’t in and of itself stop the stock and finance model that has contributed to the high physical premiums.

Forcing the warehouse operators to load out material on demand has issues around access and the practicality of handling large volumes over a short space of time, but some such measures are required if the LME is to have any relevance as a market that can realize a true and fair market price.

Reducing banks’ involvement in the metals markets would reduce the number of major players holding large market moving volumes, but there would remain others. The current focus on the major ex-merchant or investment banks, therefore, has more to do with political posturing than a genuine desire to create a fair and open market for commodities.