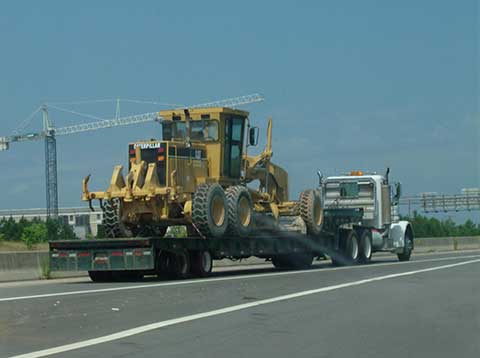 A recent article in the FT underlines the conundrum facing legislators when they seek to provide support to one sector of industry.

Caterpillar Inc. has been among equipment makers lobbying hard for $650 million of financing to be provided to the Roy Hill Iron Ore mine in Australia. The financing is expected to come before the Export-Import Bank, whose mission is to create export-related US jobs, the FT says.

According to the bank, the funds would be used to “support the export of approximately $522 million worth of mining equipment” to the mine, which will in turn export the ore to Asian steelmakers.

Caterpillar, along with other producers like Joy Global, have seen sales in the Asia-Pacific region collapse since last year, down 30% year-on-year in the case of Caterpillar and 36% in the case of Joy Global in third quarter orders. Roy Hill is not dependent on the US financing to go ahead, since it’s 70%-owned by Australia’s richest person, Gina Rinehart; they’re in the process of raising some $7 billion in financing from Asian banks.

Not everyone agrees the US loan is a good idea, however.

In spite of Caterpillar’s assurances, it would be net positive in terms of impact on jobs, providing employment both directly and indirectly down the supply chain.

Raga Elim, vice president of global corporate affairs at Cliffs, is quoted as saying, “The addition of 55m tons (from Roy Hill) would be substantial at any period of time but . . . that impact will be particularly acute now.”

He may have a point.

While iron ore prices have defied all expectations and remained high this year, as we wrote recently, some analysts are expecting prices to fall late this year or next, due to a rising tide of supply. An article this week in Reuters says much the same, suggesting the steel market in China, main driver of the seaborne iron ore trade, is unlikely to continue its current record-breaking run.

Exports are climbing, suggesting domestic demand is not sufficient to absorb all of the additional production being added each month. While the domestic construction market has been strong, inventory of rebar is rising and there is a limit to how much new floor space the commercial sector needs with growth in the economy cooling to more sustainable levels.

Approval for the loan has not been granted yet, but on balance, the probability is that it will go ahead.

The argument for jobs in a high-tech manufacturing supply chain in the USA will likely be viewed as outweighing the commercial investment US firms hold in iron ore mining ventures overseas – if it’s jobs at home versus jobs overseas, home will (and should) win out.