Government Shutdown or Not, US Steel Industry Taking Big Hit 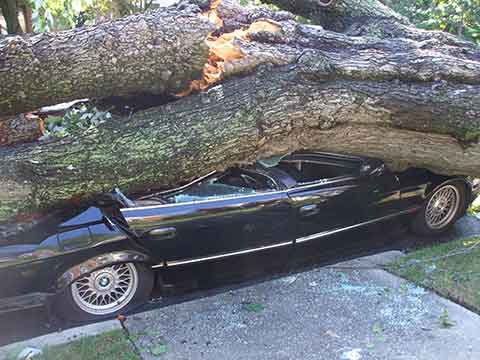 Congress is crushing the manufacturing sector.

We’re not going to lie; MetalMiner’s editorial team did not deem the US government shutdown circus worthy of staying up late for – but now that the shutdown wheels are indeed in motion, uncertainty still rules the macroeconomic landscape for manufacturing organizations and could get worse.

To reiterate, even if Obama and Congress somehow reached an 11th-hour deal to avoid the shutdown, the damage has already, in effect, been done. The US steel industry, for one, is no less rattled by the volatile political nature – and business-unfriendly environment – roiling in Washington, D.C.

For example, upon reaching one of our sources at a prominent US steel producer, we think the nut of their response summed up the entire situation quite nicely: this is all political posturing and maneuvering, which is incredibly offensive.

He continued, “Any kind of extended shutdown would affect GDP pretty quickly, and hit consumer behavior first,” Gibson said. “The shock to the market by a default could have a more profound effect and a quicker effect. We’re urging that not happen. We shouldn’t risk a [government] default.”

But the repercussions Gibson mentioned are already quite real.

The Wall Street Journal reported recently that consumers were already leery of behaving as well as they had been (the University of Michigan’s consumer confidence survey was down), and a Business Roundtable survey of large companies’ execs, including Boeing’s Jim McNerney, found that Congress’ canoodling was “crimping budget plans.”

Here’s the GDP concern Tom Gibson hit on: according to economists at Morgan Stanley, the WSJ reports, “every week of a shutdown would shave 0.15 percentage point from the quarterly pace of gross domestic product.”

These types of events matter for manufacturing, whether the government falls off the brink or not.

Flack Steel, for example, a Cleveland, Ohio-based distributor, took a financial hit from all three government-related crises in 2011 and 2012. The Journal quotes the company’s president, Jeremy Flack, as saying, ‘You can watch our earnings evaporate three months after each event. Our customers start pulling back their business’ in the weeks around every fiscal deadline in Washington.”

An issue near and dear to the domestic industry – plugging into government-granted infrastructure projects – are all but history in Washington right now. Supply cycles for producers and downstream users all over the country have been tangled, with reluctance to commit capital a big casualty on the current business battlefield.

In short, this shutdown shouldn’t only be about Obamacare – it should focus on helping the manufacturing industry, steel and other metals sectors included, and how the broader economic recovery could be completely kaput if this group is shunned.

Get the absolute latest macroeconomic outlook for manufacturers NEXT WEEK – CLICK BELOW: