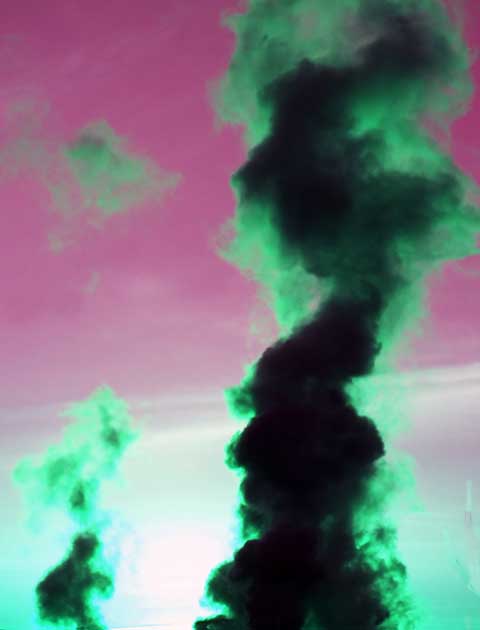 In Australia, about 40 out of 71 thermal coal mines surveyed by consultancy Wood Mackenzie had a cash cost of above $87 a ton, while many of the proposed projects require a coal price of $120 a ton to be viable, raising the question of how these projects would survive if China were to allow significant exports.

Pollution levels in China have risen even as coal’s share of power production has fallen, from 78% in 2007 to 73% today. In the meantime, total power production (and coal consumption) has risen significantly and will continue to rise.

Hydropower capacity is targeted to grow about 6% a year to reach 290 GW by 2015, Reuters tells us, nuclear capacity to quadruple to 58 GW by 2020 and gas-fired capacity to double to 56 GW by 2015. That compares with an expected 4% annual growth in thermal power capacity, half that seen between 2005 and 2011, but still it will remain the source of severe and widespread pollution.

Liu Xiangdong, director of planning statistics of the China Electricity Council, is quoted by Reuters as saying, “The pollution question in China is huge so they will shift more towards gas for transportation and in power, no matter how high the price is.”

Ian Taylor, chief executive of Swiss trading house Vitol, added, “The move will come largely at the cost of lower coal use.”

China, though, has built up a massive industry around coal mining; surplus production will almost certainly be exported provided global price levels permit. Before that point is reached, many of the Western world’s recent investments may be underwater.