Home | Macroeconomics | Nelson Mandela Dies, But His Golden Legacy Should Live On
Commentary

Nelson Mandela Dies, But His Golden Legacy Should Live On 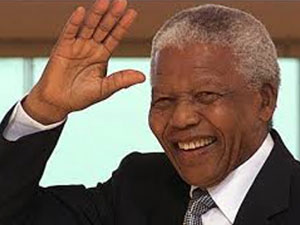 Nelson Mandela, the monumental figure in the anti-apartheid movement and leader of so much more than just the South African nation from 1994 to 1999, passed peacefully on Dec. 5 in his Johannesburg home. His legacy and demeanor should never be forgotten, and should stand as a testament to racial reconciliation and political leadership the world over.

As the Wall Street Journal mentions in its obituary, the country Mandela worked so hard to bring into a fair, modern world still struggles:

“Though Mr. Mandela had stepped down from the presidency in 1999, he remained a father figure for a country going through wrenching economic and political change. South Africa’s economy has struggled to grow at a modest 2%, well below government targets of 7%, and unemployment among young people is close to 80%. In recent years, protests in predominantly black townships have erupted over poor public services and a dearth of job opportunities. Many young black South Africans, born after the dawn of democracy in 1994, are channeling their frustration toward the current government, led by Mr. Mandela’s African National Congress.”

Much of this can be seen in South Africa’s metals industry as well; case in point, the gold sector. MetalMiner co-founder and contributing editor Stuart Burns penned an article a few months ago speaking directly to the continuing strife that drags on, titled “Do Lower Prices Spell the End of South Africa’s Gold Industry?”

It begins, “The road since the end of apartheid in 1994 has not been a smooth one, but in the two decades that followed, it has been characterized by foreign investment and considerable optimism across all sections of society. But the government of Jacob Zuma has struggled to maintain the momentum started by Nelson Mandela and the last 12 months have been plagued with growing unrest, strikes and violence.

The last thing South Africa needed was another wave of strikes: the country was voted this year into the top 15 global destinations for foreign investment, according to Grant Thornton’s Emerging Economies report, but a falling currency, weak commodity prices and – crucially – a wave of worker unrest is undermining investment and stifling growth.” (Read the rest of the article here.)

We hope, for Mr. Mandela’s sake, that his beloved home country is able to develop the political and economic leadership its people deserve; namely, leadership and prosperity worthy of Mandela’s tireless struggle.