Home | Humor | Radioactive Cobalt-60: Be Careful What You Steal With Your Hot Little Hands
Commentary

Radioactive Cobalt-60: Be Careful What You Steal With Your Hot Little Hands 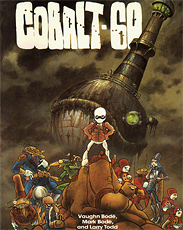 It would be funny, if the likely outcome were not so tragic.

Reports in Cobalt Investing News and CBC detail how two gunman caught a truck driver, Valentin Escamilla Ortiz, asleep in his cab at a gas station on Monday at Tepojaco in the Mexican state of Hidalgo. They tied him up and made off with his truck which, probably unknown to them, was carrying a radioactive isotope, Cobalt-60, in the form of pellets stored in canisters.

Track cobalt cathodes and other minor metal prices with the MetalMiner IndX℠.

The material was from obsolete radiation therapy equipment that is being replaced across Mexico’s public health system and came from the general hospital in the northern city of Tijuana on its way for recycling.

At first, the authorities thought the radioactive material may have been the object of the theft, possibly to be used by terrorists in a dirty bomb – that is, a bomb detonated with conventional explosives, but designed to spread radioactive waste over a large area or population. Not necessarily fatal, but certainly very harmful and likely to cause panic among the population.

However, when the truck turned up abandoned some 40 kilometers away outside the town of Hueypoxtla, it was concluded the thieves were probably after the white 2007 Volkswagen cargo vehicle with its movable platform and crane rather than the contents of the container.

Unfortunately for them, they opened the canisters containing the cobalt pellets and will have been exposed to high-grade radiation.

Commission physicist Mardonio Jimenez is quoted as saying it was the first time cobalt-60 had been stolen and extracted from its container in this way. “The person or people who took out these pellets are in very great risk of dying,” Jimenez said, adding that the normal survival rate would be between one and three days.

But Dr. Fred Mettler, a University of New Mexico radiology professor and a U.S. representative to the U.N. on radiation safety, was less alarmist, saying the health risk depends on the time of exposure and distance to the pellets: “If you hold the source in your hand for five or six or eight minutes you are probably going to get enough radiation to your whole body that may well kill you.”

So if the thieves realized their mistake promptly, they may escape with severe radiation poisoning, but if they took time to assess the value or nature of their booty, they may pay a dear price. Unfortunately, no reports of individuals reporting in to hospitals with radiation-type symptoms have been received, suggesting the thieves may be quietly getting sicker without the specialist treatment that could save them.

On average, a half dozen thefts of radioactive materials are reported in Mexico each year and none have proven to be aimed at the cargo itself, Juan Eibenschutz, director general of the National Commission of Nuclear Safety and Safeguards, is quoted as saying.

MetalMiner Ed. note: if it is happening that frequently, you would think the authorities would be enforcing better procedures and controls over the movement of hazardous waste, wouldn’t you?