Home | Exchange Traded Funds | Are These Gold Price Forecasts For Real? Will They Stick?
Market Analysis

Are These Gold Price Forecasts For Real? Will They Stick?

Whether prices will stick is something we at the MetalMiner offices are always thinking about; but sticking landings has also been on our minds with Sochi 2014 just around the bend. 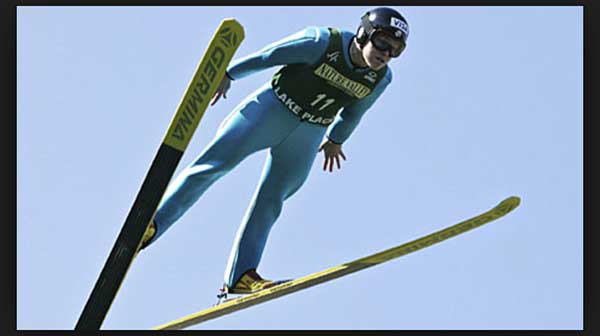 But forget Winter Olympic sports for the moment – let’s get back to the sport of price movement.

Following a calamitous 2013 in which the gold price dropped by a third, then staged a bit of a recovery in the final weeks of the year, the price has started 2014 in bullish style.

From a low of $1,190/oz in December, open interest has increased marginally as the gold price has moved towards its current $1,240/oz level, accompanied by new longs entering the market. Support has been from physical buying, particularly in Asia. As Standard Bank points out in a recent note to investors, since the start of 2014, the Shanghai Gold Exchange (SGE) premium has jumped higher, reaching $18/oz recently. 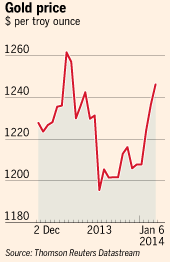 The buying frenzy in China especially comes on the back of the seasonal demand pick-up ahead of the country’s New Year, which starts on Jan. 31. The rise in the premium follows a period of lackluster demand, where the premium traded well below $10/oz for most of November and December. That said, the SGE premium is still well below the $30/oz and higher seen about six months ago.

Is this the start of a resurgence in the gold price? Probably not, and here’s why.

A mass exodus from ETF holdings accompanied the collapse in price since 2012, a trend that has continued in spite of an uptick in price recently with another 2.78 million ounces leaving ETFs since the start of December.

ETF holdings now stand at 1,814 metric tons, down from the high of 2,720 tons back in December 2012. The FT states these outflows were mopped up by investors in Asia, particularly China, who took advantage of falling prices to buy the precious metal. Over the past year, shipments into China have surged to about 1,000 tons and the country has overtaken India as the world’s biggest buyer of bullion.

What the Analysts are Saying

Chinese demand for physical gold rose sharply in December, with purchases intensifying towards year-end, driving the physical premiums up, but most analysts expect the price to fall back once the impetus of the New Year holiday demand is satisfied.

Most analysts and chartists appear unusually aligned for once. Both are predicting a retrenchment to around $1,180/oz during the first quarter, but there are a few exceptions, explained maybe more by timing than a divergence of views.

Barclays is quoted by Reuters as putting a price of $1,310/oz on gold for 2014, and following their accurate 2013 prediction – $1,425 against an actual of $1,412 – you have to give them some credence. Pointing to slower-than-expected tapering, weaker equity markets and a softer dollar, Barclays says such factors could help to revive gold in the short term, but admits the metal faces headwinds all the same.

With demand higher from China, in part due to falling prices in spite of the New Year holidays, the 800-pound gorilla is India.

Demand there has been choked off by government import restrictions, a move that is unlikely to be reversed this side of the elections, probably in May. At these much lower price levels, gold is much in demand in India, but with supply very limited (apart from rampant smuggling, of course) physical premiums have been driven almost solely by Chinese demand.

As with so many metals, Asian demand remains the largest price driver.