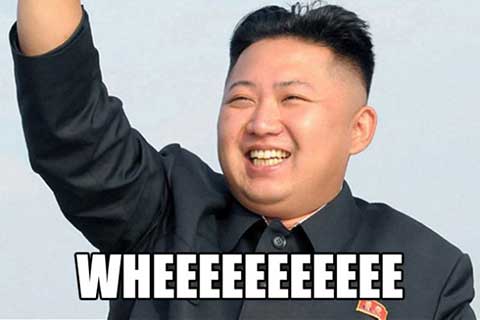 Just when you think we will have to make do with the identified resources for a particular metal or group of metals, along comes something new to make you realize there are still a number of places in the world that are relatively unexplored.

One such place is, not surprisingly, North Korea.

The super-secret and highly antagonistic communist dictatorship has long been known to be a likely source for a variety of commodities, but has lacked infrastructure, finance and know-how to do much about it. The reclusive state’s only friend, China, has quietly extracted the low-hanging fruit in return for food and manufactured goods, but even they have preferred investments in much farther-flung corners of the world over those in their next-door neighbor.

So recent press announcements are all the more surprising, given the fact the parties involved are Western in nature.

UK-based SRE Minerals, working with Australian experts from the Australian Institute of Mining and Metallurgy, has signed a joint venture agreement with Korea Natural Resources Trading for the rights to develop rare earth element (REE) deposits at Jongju, located north of Pyongyang, the capital of North Korea, for the next 25 years, according to a Resource Investing News article.

If accurate, the deposit would more than double current global known reserves of rare earth oxides — they now stand at 110 million tons.

As part of the agreement, SRE Minerals would also set up a national rare earth mineral processing plant on the site; right now, North Korea’s limited production is shipped to China for refining. In 2009, the country is said to have exported just $16 million of rare earths to China, but whether that was at global prices or the price China put on the trade is unclear.

North Korea did set up a RE processing facility  at Hamhung in 1990, but to what extent it can process ore to finished metal or metal oxide is also unclear – it is probably just concentrating for final treatment in China.

What This Means for Rare Earths Buyers

Further exploration is scheduled to start in the spring of this year with more extensive drilling and core sampling, so a working mine is a long way off; don’t sell your shares in Mountain Pass just yet. The regime’s fickle policy record also leaves the long-term viability of any joint venture in doubt, but the first step is proving the resource, so we shall look forward to further news from SRE Minerals in the future.

The world needs more rare earth mineral deposits of economic concentration, even if they are in some of the politically least-hospitable locations on the planet.

Regimes come and go, but the resource remains.