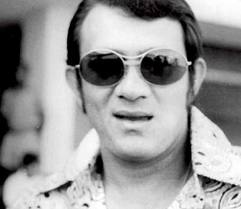 In India these days, almost everyone says the country is back in the 1970s, as far as gold is concerned.

Reeling under a high import duty, ostensibly brought in to curb India’s high fiscal deficit, gold smuggling is touching new peaks, and the government du jour has done little to curb it.

Similar curbs in the seventies had resulted in rampant gold smuggling, so much so that turf wars had broken out between Al Capone-ish mafia gangs, active in smuggling of the yellow metal from abroad, especially the Gulf nations.

Now comes the news that India has lost its title of the world’s largest consumer of gold to neighboring China. A report released by the World Gold Council (WGC), explaining that India had lost this distinction, said buyers in China had purchased a total 1,065.8 tons of the precious metal in 2013.

Despite severe restrictions on imports, India’s gold demand did remain high in 2013, rising by 13 percent as compared to the previous year, but at about 975 tons, was no match to China.

Incidentally, just last Friday, the Indian government had raised the import tariff value on gold and silver to US $421 per 10 grams, up from US $404, taking into account the volatility in global prices.

Import tariff value is the base price at which customs duty is determined to prevent under-invoicing, a tax that is revised on an every-two-week basis.

Gold is the second largest import item for India after petroleum.

Many fear that gold imports in the New Year will take a dip because of the government’s measures to curb its shipments. An estimate by a jewelers’ body predicted that it could decline to below 500 tons this fiscal year due to these restrictions, from 845 tons in the last fiscal year.

In a report in The Times of India, WGC’s India Managing Director Somasundaram P. R. was quoted as saying the latter half of 2013 had seen “intense grey market” activity, but its impact would be more visible and significant in 2014 if the import curbs continue.

What the WGC India chief was saying in polite terms was that gold smuggling had gone up in the last part of 2013.