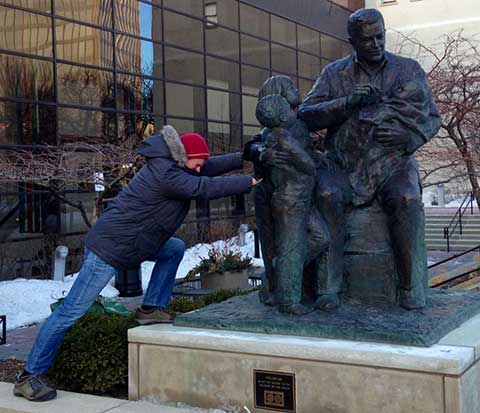 The crisis in Ukraine’s capital, Kyiv, stemming from President Viktor Yanukovych’s refusal to continue talks with the European Union on a trade deal late last year, and escalating due to his administration’s draconian measures against protesters in last few weeks, has unquestionably rippled through commodities markets.

Upon the USSR’s dissolution in 1991, Ukraine’s political leadership took a page out of the ol’ Soviet playbook and has never looked back – the country is notorious for its ludicrous levels of corruption, cronyism and oligarchical influence. As the ancestral homeland of both my and my editor’s families, Ukraine (especially the country’s leadership) has done its best to avoid efficiency, effectiveness and transparency.

The domestic Ukrainian economy has never been able to get on its own two feet, and instead of making strides to join the EU, its political leadership has continually brought it closer to Putin’s Russia.

Now, with opposition factions ousting President Yanukovych, the challenge is to get the country back on the bus. But what have the protests, ensuing bloodshed and coup d’etat (in Yanukovich’s words) done to the markets?

Ukraine is roughly the seventh-largest steel producer in the world, and its recent production and exports numbers have been dramatically affected since the protests began on Nov. 29, 2013.

The trouble is getting that raw steel out of the country. The worry of spreading protests has placed an effective freeze on new trade activity. According to Reuters, banks are unwilling to finance new trade deals, and risk premiums on prices for future shipments are rising. One steel trader is quoted as saying, “Supplies are still moving and loading operations are still going on… but if the problems extend to other regions, then definitely there will be big problems.”

Another driver of frozen trade activity is the crash of Ukraine’s currency, the hryvnia, “trading near its lowest levels since the global financial crisis began five years ago, weakening again” last week.

What This Means for Global Currency

“Whether currencies draw stability from the situation in Ukraine depends on whether the country can swiftly put together a national government, demonstrations cease, and the European Union or the International Monetary Fund can provide funds to make up for frozen Russian aid,” Masafumi Yamamoto, chief strategist at Praevidentia Securities, wrote in a note to clients, according to a recent Reuters forex report.

Whether that happens remains to be seen. Personally, I think Ukraine’s presidential office needs a Reagan/Schwartzennegger-type of celebrity-ification by electing Vitali Klitchko, of global heavyweight boxing championship fame (and whose younger brother is engaged to Hayden Panettiere), rather than electing national martyr Yulia Tymoshenko (more of the same).

This may have a bigger impact for Ukraine’s future economy than one would think, especially if one looks at past foreign direct investment (FDI) as a measuring stick. Recently, Ukraine’s State Statistics Service reported that FDI in Ukraine in 2013 amounted to $2.86 billion against $4.13 billion in 2012.

That number will only go down further if turmoil continues.