Now call me old-fashioned, but I have always associated smuggling, at least by drugs gangs, as a few pounds stashed in some luggage or maybe packed in the panels of a car, truck, or even – for the big time – the hull of a yacht.

But it seems in Mexico, they do things on a larger scale.

An FT article reports on the Knights Templar drug gang based in Mexico’s western state of Michoacán, which has branched out into iron ore smuggling.

Yes, you read that correctly.

Apparently these enterprising – if horribly ruthless – individuals have exported an estimated 272,000 metric tons of iron ore to China, all of it illegally, and in the process, made at least $15/ton net margin. The volumes involved represent 44 percent of Mexico’s total exports, according to the FT, and suggested it is more profitable than their drug dealing – which suggests they are not exactly superstars at drug dealing, but we won’t go there. 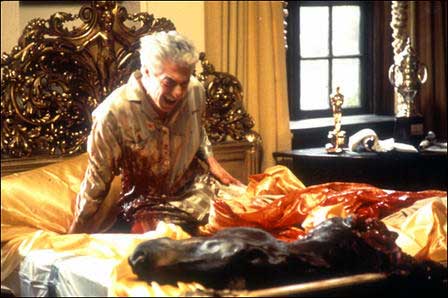 I mention ‘ruthless’ because the same gang is credited with leaving the hacked-off heads of two informers on the front steps of a local bank last month in a crude act of intimidation. Intimidation which, with all due credit to the authorities, failed to have the desired effect because Mexican security officials this week launched a major crackdown on the cartel’s iron ore smuggling business.

On Monday, officials seized 119,000 metric tons of mineral with an estimated value of $15.4 million, according to the FT, as well as 124 bulldozers, backhoes, milling equipment and trucks as a result of Monday’s raid used to handle and process the ore, in a swoop designed to leave the cartel without financial firepower.

In the process, six Chinese workmen were also arrested and 11 processing facilities closed down.

Apparently illegal mining is a major problem, with an estimated 900 illegal mines in the area, although exports of this size were unprecedented. Michoacán is Mexico’s top iron ore-producing state, served by the Lázaro Cárdenas port on the Pacific. Assets here have been mined by local and multinational companies for decades, including ArcelorMittal in the past.

It would seem the drug cartels got into this business because of their expertise in extortion and racketeering; they have gained control of the supply chain from mine to port and with Chinese collusion to the buyers overseas. The activities of the illegal mines and drug cartels have helped to push ore exports to 4 million tons by October from 1-1.5 million tons a year previously, according to Reuters, but doubtless without the appropriate taxes being paid along the way and at the expense of the legitimate industry.