For Alcoa and Others, New CME Aluminum Contract Must Reflect Accurate Pricing

The London Metal Exchange has faced more than a year of criticism for its aluminum contract. Blamed for everything that’s wrong with the aluminum market, the LME finally got a competitor who will also try to win the hearts and minds of metal buyers in the CME Group, which announced yesterday that its own physically delivered aluminum futures contract will start in May.

Producers such as Alcoa have long considered the LME outdated. Last October, the aluminum producer accused the LME of “exceeding the proper role of an exchange” in a letter sent to the UK Financial Conduct Authority and the US Commodity Futures Trading Commission. The dispute centers on long lines to take delivery of aluminum from LME-registered warehouses, many of which are owned by banks, which have triggered a series of complaints by metal users, criticism by senators and a regulatory investigation. 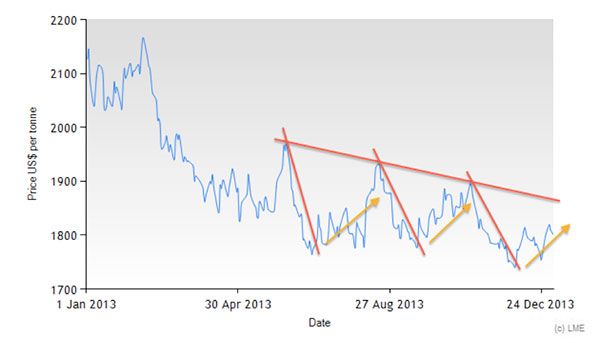 Under COMEX rules, the CME must alert the marketplace when it has received an application for a warehouse. To date, it has received three separate applications, posted here. What’s not clear is how the CME’s exchange will differ from the LME’s, which has upset both producers and aluminum customers. One of the three warehouses who have applied, Henry Bath LLC of New Orleans, is one of the ones accused of participating in the slow load-out scheme with the LME.

The CME has until May to begin trading on its aluminum futures contract, so it has a little time to iron out the details, and the CME’s Damon Leavell accurately points out that the new rules haven’t even been published yet.

“Our warehouses must comply with the COMEX rules,” said Leavell, CME’s senior director, commodity products. “Unfortunately, they haven’t been published yet, but the load out rates in our rule book will ensure efficient deliveries and no issues with [queues].”