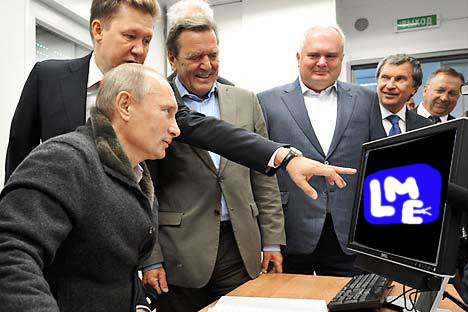 Despite Rusal’s win in the high court, the Russian president appeared defiant against Western demands for diplomacy with the situation in Ukraine. “I am sick and tired of hearing about these threats of sanctions from the West against us…therefore I have preemptively declared force majeure on all aluminum exports effective immediately,” the angry president told Interfax, a news agency, early on Tuesday.

“Now the West can have a taste of their own medicine,” he said.

With an estimated 9 percent of total world production of primary aluminum ingot, Putin’s declaration will likely cause dramatic price spikes for aluminum. In fact, MetalMiner predicts LME prices will steadily increase while Midwest premiums may skyrocket.

“We have never seen a country declare force majeure on an entire commodity class like this before,” said Stuart Burns, co-founder of MetalMiner. “I feel like if only we had sat down with the Russians for a few bottles of vodka, this all could have been resolved.”

Force majeure could hamper the re-launch plans for Trabant, the former eastern-bloc automotive leader, which was recently backed by Russian private equity to launch an all-new aluminum-bodied 601 aimed at Russia’s rising middle class (see photo below) with exports to other western nations. 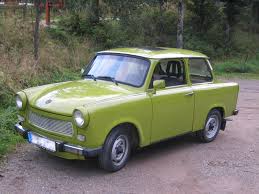 Sources close to MetalMiner suggest deposits made by buyers in Crimea, where the waiting list is currently longer than that for the Tesla Model X in North America, will have their deposits returned and credited against 2015 winter heating bills.

Those without heating may trade their deposit for an additional dozen bread rations or a cubic meter of coal.

DISCLAIMER: Folks, if you’ve made it this far, and haven’t recognized this as an April Fool’s Day joke, well, then…congrats (we guess)! Everything in this story is a joke. The force majeure – joke. Aluminum price increases – joke! A new aluminum-bodied Trabant – oh please, of course that has to be a joke. If you trade on the information in this story, then you deserve to lose your money. This is a satire, a comedy, something to lighten your day. Understood? No lawsuits please.

PREVIOUS POST:
Comments from Fed’s Yellen Do Not Spark Silver, Gold Prices
NEXT POST:
MetalMiner Attempts to Make Its Forecasts As Inaccessible As Others on Market