Another Quiet Month For Copper, MMI® Increases 1.2% to 85

The monthly Copper MMI® registered a value of 85 for May, an increase of 1.2 percent from 84 in April. Compare with last month’s trends – here’s our free April MMI® Report.

The three-month copper price on the LME closed the month of April at $6,710 per ton. Copper increased slightly in April after recording a 4-year low in March. 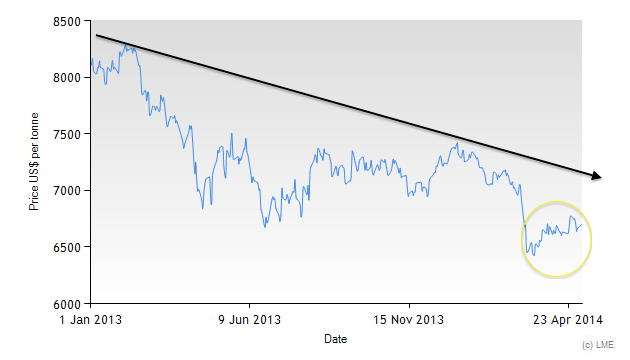 It was, really, quite a boring month for copper and there is certainly not much to add from last month. We could talk about China’s weak economic numbers, but those are lagging indicators already discounted in the price that won’t help you make better purchasing decisions.

We recommend buyers think twice before making any purchasing decisions based on what other analysts say. Those are just opinions and tend to be wrong. Today, there isn’t anything indicating immediate price risk, just as there wasn’t five months or two years ago. 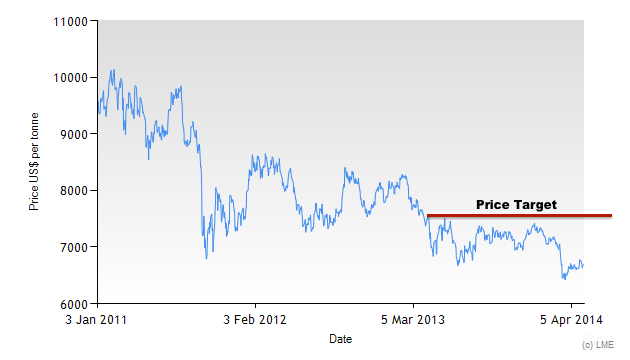 Copper remains in a falling market and unless prices break above $7,500/t, price moves should be considered as normal fluctuations within an overall downtrend. We wouldn’t suggest taking long-term positions as we might see copper recording new lows through the rest of the year.

Last month was consistent for Chinese bright copper scrap, which did not move from $7,078 per metric ton.

The Copper MMI® collects and weights 12 global copper metal price points to provide a unique view into copper price trends over a 30-day period. For more information on the Copper MMI®, how it’s calculated or how your company can use the index, please drop us a note at: info (at) agmetalminer (dot) com.