The week in metals was all about R-E-S-P-E-C-T. 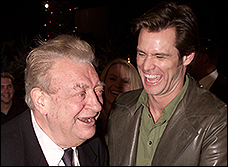 I tell ya, Jimmy, I get no respect around here!

It was another news-filled week here at MetalMiner, but each metals story or controversy had to do with what Rodney Dangerfield didn’t get any of. A new Midwest-based aluminum futures contract debuted that will attempt to end the long load-in, load-out queues and chaotic pricing that have plagued buyers trying to get the lightweight metal out of LME warehouses. The CME Group claims it can show buyers more respect than the LME with its Midwest origination and simplified load-in and load-out rules.

But it wasn’t just buyers looking for respect this week. Domestic producers of grain-oriented electrical steel (GOES) wanted some, too, and US authorities were more than willing to help them get it. The Commerce Dept. socked initial import duties on GOES shipments from from China, the Czech Republic, Germany, Japan, the Republic of Korea, Poland, and the Russian Federation.

The companies whose imports were sanctioned read like a veritable who’s who of international steel production including Baoshan Iron & Steel, ThyssenKrupp AG and ArcelorMittal. They all got initial import duties imposed by Customs Enforcement onto any GOES products they ship into the US some as high as 241%.

The CEOs of government petitioners AK Steel and Allegheny Technologies, Inc., even gave a little respect back to the Commerce Department by releasing a statement saying they were “encouraged” by the new import duties.

MetalMiner Executive Editor Lisa Reisman has covered the GOES import situation extensively and wrote that the the dumping case has caused a silent exodus of stacked and wound core manufacturing to NAFTA countries. GOES is used for manufacturing electrical transformer cores.

“We suspect this migration of demand will begin to harm the US domestic producers in the form of lower volume,” she wrote.

Even the Gold Fix Gets No Respect

MetalMiner Co-Founder, Editor-at-Large and all-around smart guy Stuart Burns provided some excellent context into a number of lawsuits filed against the five major bank representatives that meet daily to, in an open and transparent process, arrive at the initial prices for the trading day for gold and silver. The more-than-hundred-year-old practice is under fire from US investors and traders who believed the banks are colluding to manipulate the bullion price. Deutsche Bank even dropped out of the gold fix to avoid being a party to the litigation, dropping the number of banks in the gold fix from five to four.

The silver fix is in even worse shape, with only HSBC and  Bank of Nova Scotia participating in its fix. While it may well be time to scrap the gold and silver fixes, the question remains, what to replace them with? And will we miss them when they’re gone?

Log onto MetalMiner in next week for more developments!

Last Chance: Get the April MMI Before May’s Comes Out!
{0 comments }