In previous posts I’ve explained how the construction industry is becoming more efficient thanks to 3D Building Information Modeling. Using parametric modeling software to create a building inside a computer before you make it in the field is certainly an interesting concept, but I’m sure many of you asked, “What does this have to do with metal prices?” 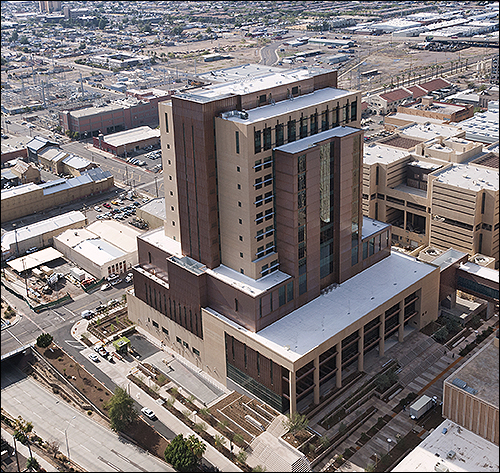 The Maricopa County Court Tower is a $339-million, 695,000-sf municipal building in downtown Phoenix that was delivered on time and under budget by the joint venture construction manager Gilbane Building Co./Ryan Cos. and the design team of GouldEvans/AECOM.

As design development on the project started coming to an end in spring 2009, mill orders based on a structural steel model were already being produced by local steel fabricator Schuff Steel’s two Phoenix plants. Early orders were also sent to Nucor and ArcelorMittal for jumbo elements including W24 beams. These early orders allowed the project team to avoid price spikes for steel later in the year. Virtual Design & Construction manager John Tocci, Jr., of Gilbane made an excellent video explaining their process.

The phased erection of the project’s 7,800 tons of structural steel began in 2009 as design on the rest of the building continued. Structural Engineer Paragon Structural’s (Now CH2MHIL Structural) model was the only one of the 14 BIM models completed early enough so that Spring and Summer price spikes, when construction demand typically heats up, could be avoided. This could not have been done without early input from structural engineers, construction professionals and the architects all working together early on in design.

All the steel beams, with penetrations, were purchased and coordinated with the steel fabricator to beat a price increase and save $650,000 on the MIT Cancer Research Center. Eighty-five percent of the piping and valve assemblies for the project were fabricated off-site, saving over $100,000 in field labor and enhanced scheduling. Construction manager Suffolk Construction’s use of BIM reduced the number of requests for information, a formal process where a contractor or construction manager asks an architect for design information, on the project by 194. Peter Campot, president of the Healthcare/Science and Technology Group at Suffolk, said use of BIM on the project translated into a total savings of 7,949 man-hours, for a total savings of $814,374.

Many of these construction cost savings can be difficult to quantify, particularly in the case of avoided price spikes. How do you quantify money you did not spend and costs your client never had to pay? In Suffolk’s case, they calculated the $650k from what structural steel prices would have been at a later date. It’s saving like this that prompted governments in the UK, Singapore and elsewhere to mandate using BIM on all public projects. 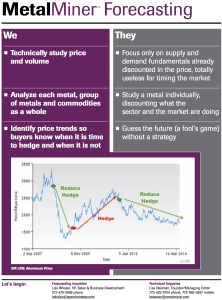 PREVIOUS POST:
Asian Coking Coal Follows Steel/Construction Down, Import Market Flood Coming?
NEXT POST:
Nickel Stabilizes, Back Up on the LME Thanks to Warehouse Scarcity