How The Construction Industry Learned to Do More With Less

Construction companies added jobs in 38 states and the District of Columbia over the past 12 months, but they subtracted from the headcount in 27 states between May and June, according to an analysis today of Labor Department data by the Associated General Contractors of America. Association officials said the employment gains help, but that construction employment remains below its peak levels in every location except frack-happy North Dakota.

While the number of Americans filing new claims for unemployment benefits fell to the lowest level in nearly eight-and-a-half years last week, yet sales of new homes also plunged in June, a sign that actually selling real estate, and anyone even being in a position to buy it, continue to be a weak spot in the recovering economy.

New home sales fell 8.1 percent last month to a seasonally adjusted annual rate of 406,000, the Commerce Department said Thursday. The report also revised down the May sales rate a massive drop to 442,000 from 504,000. Buying of new homes fell 20 percent in the Northeast, followed by less extreme declines in the Midwest, South and West. The modest sales caused the inventory of new homes on the market to increase to 5.8 months, the highest since October 2011. 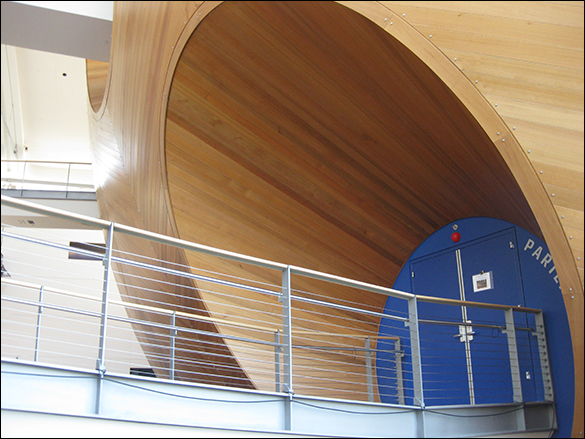 These seemingly contradictory economic numbers reflect a trend that started in the US construction industry early in the last decade: People really are doing more with less. Despite what David Simon might say, the construction industry has found ways to automate processes and eliminate what was once a mountain of rework and project inefficiencies. Rework is down, mistakes are down, and fabrication in a safe facility instead of a muddy jobsite is thankfully up. Even the worst part of construction, the real possibility of accidental death, is coming down.

Thanks to better project management through 3D design, integrated project teams and better communication, construction companies across the US came out of the recession lean, mean building machines. Some projects are shaving tens of millions off their initial bottom lines.

General contractors and construction managers who are now using 3D design and building information modeling (BIM) are enjoying a wide variety of benefits according to McGraw-Hill Construction’s latest BIM SmartMarket Report: The Business Value of BIM in Major Global Markets. The top construction project-related benefit that contractors are reaping from BIM is reduced errors from omissions and reduced rework, both of which have immediate positive impacts and contribute to better return on investment. Reduced construction cost, reduced project duration and improved safety round out the top five project benefits. GCs cite BIM’s ability to enhance collaboration among key team members as its most important contribution to improving the project delivery process. Better cost control/predictability, and reduced cycle time for workflows and approvals are also acknowledged as important process benefits.

The new construction jobs being created are not shovel-ready, but technology-ready. Construction companies are investing in people who know Revit and can program laser scanning equipment, not just people who can operate a jackhammer.

Over the same period that technology revolutionized building, the pipeline of young workers entering the industry has slowed to a trickle. The main problem is a misconception of the industry and a lack of understanding of the jobs available, according to Brian Turmail, executive director of public affairs for the Associated General Contractors of America. “In modern construction, you’re as likely to hold an iPad as a hammer, and we want people to see that,” he told Engineeering News-Record. “It’s time to think outside of the box.”

AGC is launching several new programs that target kids from preschool up to educate them on what a life in construction is really like, using everything from Legos – to prepare them for the day when all bricks are Legos – to filling the void left by the defunding of classes such as woodshop.

Of course, the flipside of this coin is that with fewer workers in several industries going through the transition that construction has already begun, there are fewer potential customers. Fewer homebuyers, fewer realtors whose industry has been severely disrupted and fewer programmers and operators for the swarm of mini 3D printer drones that will one day print and build your house.

Still, other industries could learn quite a bit from where design and construction have come from since 2002 and just try to do a little more with less.