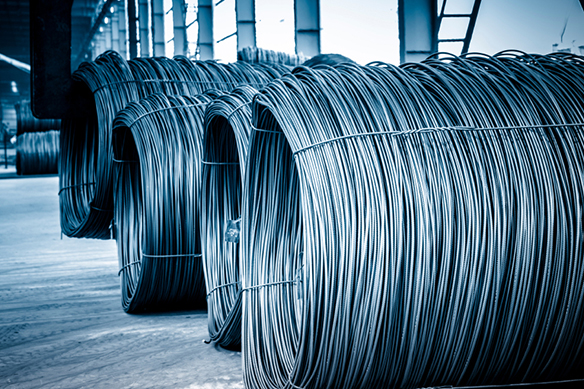 The metal financing scandal that hit China’s Qingdao port allegedly involved the fraudulent issuance of multiple loans on 340,000 tons of copper, aluminum and alumina has resulted in a scramble by western banks, traders and financiers to relocate metal into more secure locations.

According to Reuters Western banks including Standard Chartered, Citigroup Inc, Standard Bank Group, and merchants including Mercuria have disclosed exposure amounting to almost $1 billion. They have initiated a scramble to move metal from warehouses operated via third parties or agents tothose owned and staffed by the warehouse firm’s only people. Historically those warehouse operators are few and far between. The Dutch firm C Steinweg, a 167 year-old, LME-registered veteran is one of few who have from the outset owned and run their own establishments.

Steinweg currently has 11 locations in China and, not surprisingly, has seen a massive inflow of metal in recent months following the scandal. According to the article, more than 100,000 tons of copper has flowed into its sheds from rivals, said to be the equivalent to about one-fifth of all the copper stockpiles estimated to be held in bonded storage in Shanghai, and nearly as much as in the London Metal Exchange’s global inventories.

Not only have Steinweg operated a more responsible model within China, but it should be said their depots in Europe and the US have operated without the massive load-out queues that characterized Goldman Sachs and Glencore’s operations in Detroit and Vlissingen, Netherlands.

Rivals such as Glencore Plc unit Pacorini Metals and Trafigura-owned Impala, along with Henry Bath, CWT and Impala are all said to be actively looking to take on their own depots and staff them with their own people, abandoning their traditional models as they strive to beef up their systems and credentials.

Part of LME owner Hong Kong Exchanges and Clearing’s rationale in buying the exchange was to expand into China, a move the Chinese authorities are said to have denied until such time as the LME sorts out its load-out queues. An earlier move by the exchange may have precipitated greater involvement by western warehouse operators before now but, certainly, the market will be better served by wholly owned western firms when the LME is permitted to enter the market.

So far, the scandal does not appear to have hit metal financing, although credit is said to be tight this could be attributed as much to moves by Beijing to crack down on the shadow banking sector as to worries about asset security. Qingdao’s scandal has thrown up an opportunity for western warehouse operators to cash in on financiers’ and investors’ desperation to find reliable alternatives, an opportunity they will no doubt move swiftly to exploit.