A library of building components that includes two dozen steel panels and one truss paired with an algorithm has the potential to make construction of apartments, hotels and dormitories, faster and greener according to John Vanker, CEO of Denver-based startup Prescient. The company’s software, which works with the BIM design tool Autodesk Revit, takes advantage of Big Data and allows for just-in-time delivery of needed components. The standardized structures provide for precise fits, eliminating time-consuming onsite sizing.

The Denver Post reports that Prescient’s component library has two dozen steel panels and one truss that works with standard steel columns for buildings of up to 12 stories. 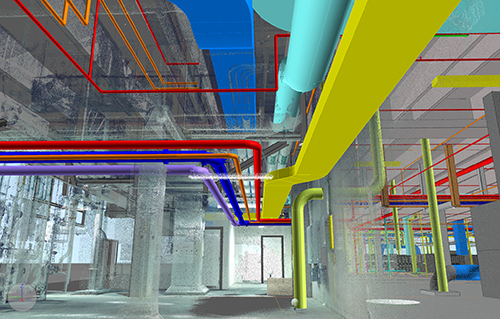 Using the library, the company has built a proprietary software algorithm it claims can “solve the structure.” Its software integrates with Revit to allow modifications and the resolution of constructability problems in the 3D model rather than on the construction site.

Each piece of the frame is assigned X and Y coordinates that establish its precise location in the design and allow the part to be made to specification in a plant. Prescient’s building system distributes the weight of the structure into the columns, allowing for the use of standardized and lighter panels, saving on material costs.

Each part carries a tag detailing its location, allowing trained assemblers to quickly assemble it on a grid system. Prescient is also developing a mobile application where a worker can scan a QR code, updating the model in real time as pieces go in.

Creating a system that can essentially automate the prefabrication and construction assembly of apartments, hotels and other buildings that have many similarly repeated floor plans has long been the holy grail for developers and construction professionals. Most recently developer Forest City Ratner attempted an ambitious prefabrication project in its Atlantic Yards mega-project in Brooklyn. The B2 Tower was supposed to be completed in 18 months on its way to becoming the world’s tallest modular building with 930 steel modules constructed like Q-Bert blocks onsite. Prefabrication was done in a factory, not in the filed.  The only problem is that 18 months in it’s only about 13 percent completed and the New York Times reports that Forest City has sold the next phase of residential building projects in Atlantic Yards to a Chinese developer that will use traditional construction, not prefab.

If Prescient really has found a system that can deliver faster, greener construction through big data then they will have plenty of suitors lining up to use it.