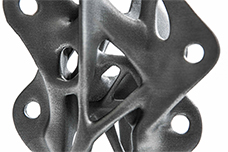 Back in January, MetalMiner Editor-At-Large Stuart Burns wrote that “3D printing has held huge potential in the eyes of its supporters, but the slow speed, high cost of machines and much higher cost of materials – in some cases up to 100 times the cost of conventional raw materials – has made additive printing of parts prohibitive for mass production.”

It’s looking more and more likely that the first half of 2014 will be remembered for being the break-out year, at least in terms of cost, for 3D printing and additive manufacturing. Top 3D printer manufacturers and suppliers such as top exhibitors like MakerBot, Stratasys, and 3D Systems expanded their reach with a new Chicago trade show. 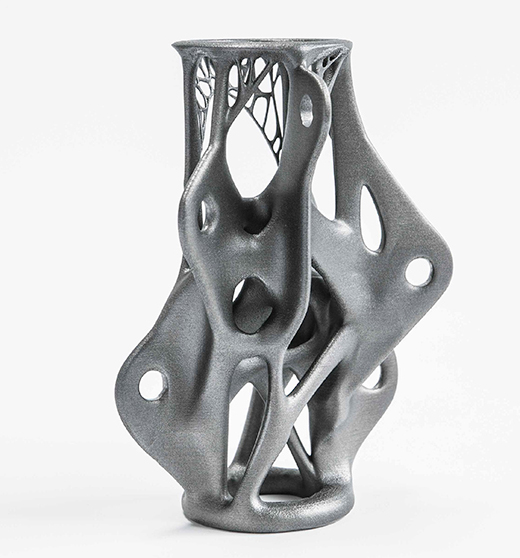 3D Printing made major in-roads in the manufacturing and aerospace industries this year thanks to both less expensive printers and more expertise in building metal parts, what interests us most about the technology here. Big players such as Stryker and GE Aviation are now on board thanks to the capability to prototype and mass produce parts without the delay that comes with a subtractive shop’s processes. Metal parts are the Holy Grail of 3D printing.

As MetalMiner Managing Editor Taras Berezowsky wrote back in April, “EOS is a hoss in this space, not only as an early leader in the technology, but in the number of industries the company serves, including medical, automotive and die casting. Their Direct Metal Laser Sintering (DMLS) technology process “builds solid metal parts by melting layers of powered metal – ranging from aluminum and nickel to titanium and stainless steel – with a high powered, focused laser.”

DMLS has been around for years, but advances in its manufacturing processes have really increased its capabilities in 2014. Those advances have largely come from government and private investments that Burns expertly covered back in July.

Finally, the architecture, engineering and construction industries have finally started experimenting with and investing in DMLS 3D printing, a move that has the potential to change not just how products on shelves are manufactured but how our homes, workplaces and the roads and bridges we drive on are put together.

Engineers from the international firm Ove Arup & Partners have engaged in a research project to come up with a complex design for node connectors for a potential bridge project inspired by the tensegrity principles that can be traced back to the theories of R. Buckminster Fuller. The bridge’s struts allowed for a hollow design that reduced the weight of the node and was more aesthetically pleasing than a traditionally machined node. Our excellent intern, Finn Roberts, reported on Arup’s findings earlier this month.

As you can see, 2014 has been a watershed year for 3D printing in many ways already and there’s still time for more advances.