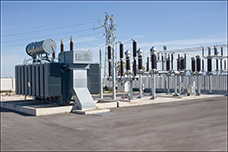 The US government will not go ahead with planned import duties on specialized steel from Japan, Germany and Poland after the US International Trade Commission found the imports were not harming local industry.

The Department of Commerce had set anti-dumping duties on imports of grain-oriented electrical steel, mainly used in large and medium-sized electrical power transformers, but the 5-1 ITC vote ends the case.

The decision affects companies including Nippon Steel & Sumitomo Metal Corp, JFE Steel Corp and Germany’s ThyssenKrupp Electrical Steel, a division of ThyssenKrupp AG, all of which had been named in the dispute. MetalMiner Executive Editor Lisa Reisman reported yesterday that many global transformer and electrical equipment companies believed that the ITC would uphold Commerce’s duties and have already deployed their “Plan B” – to move core production to neighbors Canada and Mexico in an effort to continue accessing both globally competitively priced materials as well as more technically advanced materials with lower core loss. Several insiders told Reisman the producers are so far down the road that they will not switch plans at this point.