AIA Forecast: US Nonresidential Construction Will Continue to Climb in 2014 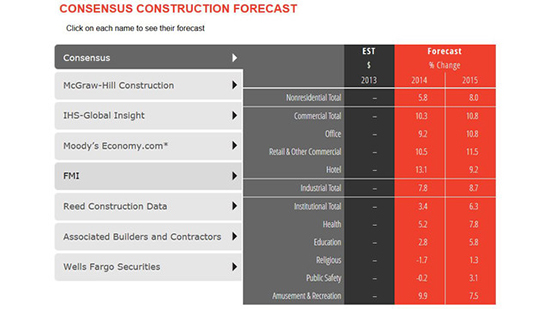 The AIA Consensus Forecast is computed as an average of the forecasts provided by panelists that submit forecasts for each of the included building categories. Use this interactive chart to explore the forecasts of each member of the consensus group.

Without a loosening of the credit markets it’s difficult to see construction sustaining its growth into 2015.