Home | Commodities | Is Europe Facing Ruin? Is German Inflation the Only Solution?
Commentary

Is Europe Facing Ruin? Is German Inflation the Only Solution?

You can’t accuse the Germans of mincing their words, or certainly not one German economist interviewed by the Telegraph newspaper and reported in full last week. Hans-Werner Sinn, the president of Germany’s Ifo Institute for Economic Research is reported as saying the Euro-zone is doomed to a decade or more of economic stagnation and civil unrest that could destroy the single currency if countries such as France do not implement vital reforms.

Mr. Sinn does not reserve his criticism for France but some of his words ring a bell with a view long-held in the US that the social heart of Europe is living in cloud cuckoo land when it comes to their competitive position relative to the rest of the world. 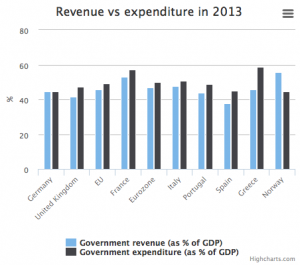 He went on to say French industry has been dying for decades now. The share of manufacturing in GDP is only 9%, less than half that of Germany. The people who were set free from manufacturing, or their children, have by and large been absorbed by the government sector, which has now a quarter of the workforce, twice that of Germany.

“Hiding the unemployed in government offices is not a healthy solution.” He went on to warn that if French policymakers failed to implement the vital supply side reforms needed to stimulate growth, it could be the final nail in the coffin for the Euro. Mr. Sinn said it was vital that France shrink its bloated public sector, which currently represents 55% of gross domestic product (GDP), by at least 10 percentage points. 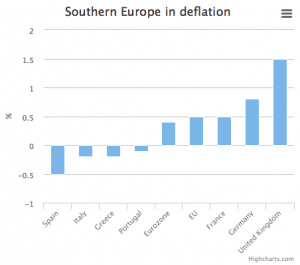 But in Mr. Sinn’s opinion, Europe’s problems are far from being all France’s fault. The rigid structure of the Euro is causing intense pain in southern Europe and giving rise to right wing and nationalist political support as an expression of the civil unrest that is brewing. In opposition to the Bundesbank’s position, he believes Germany should allow some inflation at home to cushion the impact of austerity in southern states, but however loudly he trumpets this, he is realistic enough to know Germany is not going to allow European inflation to resolve the issue. Deflation in southern Europe is much more acceptable to German voters and the Bundesbank than inflation at home. 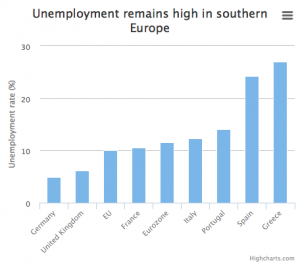 As a result a generation of youngsters in southern Europe will continues to languish without full-time jobs and parts of Europe as a whole risk sinking back into a triple-dip recession as German growth continues to slow and surrounding economies, which rely on the German engine, stutter and slow. The old adage that when Germany sneezes surrounding economies catch a cold has never been more true. The Russia-Ukraine crisis and resulting sanctions have contributed to Germany’s slowdown as more than 40% of German companies have East European connections. As a result, German demand for goods and services has slowed, creating a knock-on effect in the rest of Europe.

The Euro crisis is far from over and USD-Euro exchange risk will be a source of volatility for firms engaged in the area. Sourcing from Europe or selling there in the year ahead, if Mr. Sinn is even partway right, will be precarious.