EPA Power Plant Regulation and US Economic Recovery: Why Jeopardize the Latter?

I honestly can’t remember the last time I wrote these words on the digital pages of MetalMiner – the US economy seems pretty healthy right now.

Of course, in the aftermath of the Great Recession, “healthy” is a relative term; but consider this:

The IMF revised its growth forecast from 1.7% up to 2.2% for this year, and upped the 2015 forecast to 3.1%, outpacing all major industrialized countries and beating out a number of emerging markets, according to a New York Times article covering the outlook. (Germany, and by extension the entire EU, not to mention China and Brazil, have been languishing enough to cause concern and hence downgrades in growth projections.)

“The assessment reflected a broad acceptance by global investors that, for the near future at least, the United States economy was set to outpace many large economies, not just in terms of growth, but also in corporate profitability and international competitiveness,” the Times article stated.

So what does this have to do with US EPA regulations?

That leads us to segue into an issue that’s been on our minds lately, that of federal regulation – some may even say over-regulation – that threatens to hamstring US businesses and especially the manufacturing sector.

At worst, the Environmental Protection Agency (EPA)’s Clean Power Plan, specifically, threatens to erase the gains that the US manufacturing economy has made over the last several years. As we’ve written previously, from our vantage point, rising energy costs and lack of energy reliability should form the basis of any argument against the rules. Both will result in a loss of American global manufacturing competitiveness, with rising imports of products not subject to regulations and decreased manufacturing activity where high-cost energy becomes a non-starter.

For a visual reference, look no further than the chart below: 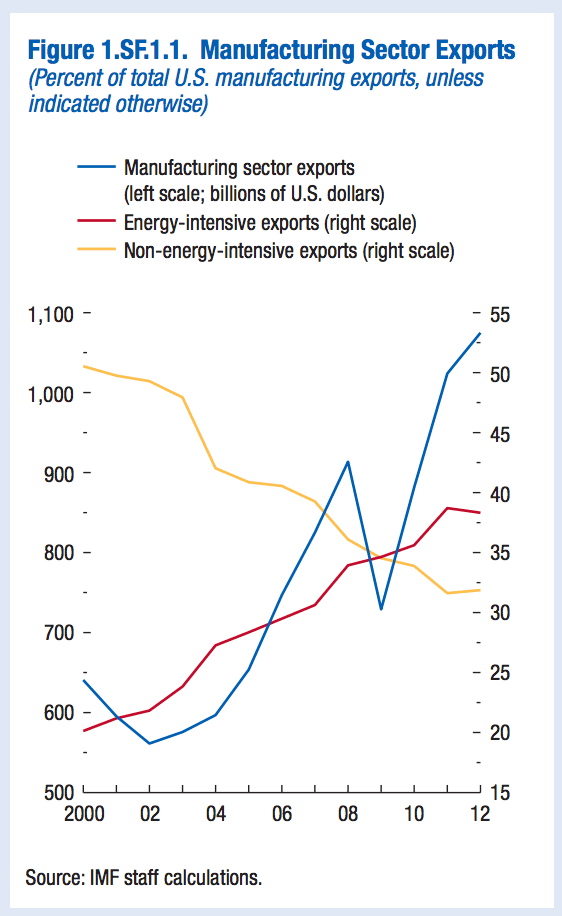 The total manufacturing sector exports and energy-intensive exports, both of which have experienced healthy uptrends, could reverse course quickly if the EPA Clean Power Plan for existing power plants goes through.

If the rule eventually goes beyond power plants and extends to other industry sectors and sources, we may be kissing the renewed health of the US economy goodbye for good.