On October 8th, the US Surface Transportation Board required Class 1 railroads to provide more information about operations and backlogs of rail cars. 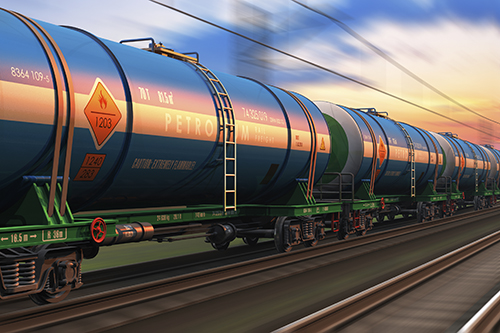 The STB ordered more strict compliance, particularly of railroads serving the Bakken Shale states of North Dakoka and Montana, after complaints by producers of everything from grain to steel that they could not get cars fast enough in the affected area, the Upper Midwest.

An enormous grain harvest has combined with the growth in oil shipments associated with new fracking projects to overwhelm the rail system.

The decision came after shippers complained about the lack of visibility of railroads’ service metrics and speculated that railroads were prioritizing energy shipments, such as oil and hydraulic fracking sand, over other commodities. The rail industry has denied such accusations, saying it handles all freight equally.

The order requires all Class 1 railroads, including BNSF and Canadian Pacific, to release data including average speeds, dwell times, number of cars loaded and emptied weekly, number of grain cars ordered, loaded, billed, overdue and canceled by state. The STB wants to see if there are any changes in delays of agriculture shipments and if there are delays of other products, such as crude oil and coal.

The STB monitors various metrics of railroad performance. In their statement the commissioners said they believe there is a need for broader standardized performance data from the railroad industry as it continues to address service challenges. The railroads, however, are pushing back against the regulator.

“The board should not seek to collect further information without instituting a notice and comment rule-making and complying with the Paperwork Reduction Act,” Timothy Strafford, counsel for the Association of American of Railroads, wrote in a letter to STB.