Week-In-Review: Are The Precious Metals Show Ponies or Workhorses?

Our MetalMiner IndX tracks worlwide metal prices every day. The global precious metals – palladium, platinum, silver and gold – are followed mainly for their potential as investments, but their appeal as industrial metals came to the fore again this week.

The film industry, banking transparency, renewable energy technology, cleaner emissions and even rural electrification all exist because of how hard the precious metals work. If you weren’t thanking gold, silver, platinum and palladium yesterday then you should apologize and ask for forgiveness right now! 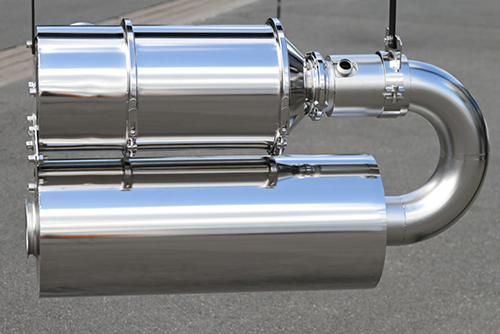 No catalytic converters without palladium.

Silver has fallen for much of the last 3 months in the face of a strengthening US dollar, but it may have bottomed out this week after prices bounced back. It wasn’t a weaker currency, though, that came to the rescue. The dollar continues to strengthen. What some are attributing silver’s turnaround to, is higher consumption by manufacturers of crystalline silicon photovoltaic solar panels. Every solar panel contains between 15 and 20 grams of silver. At today’s prices, that’s about $20 per panel.

Silver has always been the draft horse of the precious metals. It’s used in cell phones, automotive components and electrical transmission, but does its mass adoption by the solar power industry really do anything long-term? Do a few solar panels really matter compared to silver’s use as a currency, as jewelry for your sweetheart or those investment schemes that are advertised all of the time on 24-hour news channels?

Yes, actually. Solar fills a gap in silver’s industrial portfolio that was lost for most of the last decade. The decline of the use of physical film in both the photography and film industries took a big chunk out of silver’s industrial use. Digital projection has gradually replaced movie theater film projection since 1999. Movie film was coated with a thin layer of silver chloride, silver bromide or silver iodide. Movie screens were covered in paint embedded with the reflective white metal, which is how the term “silver screen” came to be.

Now the screens look more like taupe. Or eggshell. Does anyone really want to be the star of the eggshell screen? Maybe that’s why moviegoing is down this year. Forbes reports that silver demand in the fabrication of solar panels is set to outpace photography this year, if it hasn’t already done so. It can likely catch photography’s 1999 peak in a few years judging by the growth of the solar industry. What obsolete technology taketh away, new technology giceth, according to Bloomberg.

Fixings Other Than Turkey Fixings

In a complaint filed this week, units of Goldman Sachs Group, BASF, HSBC Holdings Plc and South Africa’s Standard Bank Group Ltd were accused of having conspired since 2007 to rig the prices of futures and options based on those fixings.

The plaintiff, Modern Settings LLC, a Florida-based maker of jewelry and police badges, claimed metals purchasers lost millions of dollars. Could simple police badges cause millions of dollars in damages to these banks? Was this very pedestrian use of the metal the reason for the end of the daily price fix system that, for gold, lasted more than a hundred years?

If Modern Settings can prove its allegations then it could have huge implications for industrial users such as automakers, who use both metals in catalytic converters.  Anglo-American Platinum is looking to expand its industrial/automotive use even further.

Platinum has a unique ability to react with hydrogen, making it an efficient catalyst for fuel cells. Amplats and Canada’s Ballard Power Systems Inc. are now testing the process to see if it can be used to bring consistent electrical power to an isolated African village.

Tokyo-based Tanaka Holding announced this week that it has found a way to form platinum-based metallic glass powder for use with Selective Laser Sintering (SLS) 3D Printers. 3D printing is already being used for production of steel and aluminum automotive and aerospace parts, so this discovery could mean cheaper catalytic converters and exhaust systems, as well.

That’s why you should give thanks to the precious metals for all that they do to make the world a better place. Even gold, which didn’t do anything new or interesting this week.