Ever wondered what your tax dollars go toward? I bet you have. We all do from time to time. 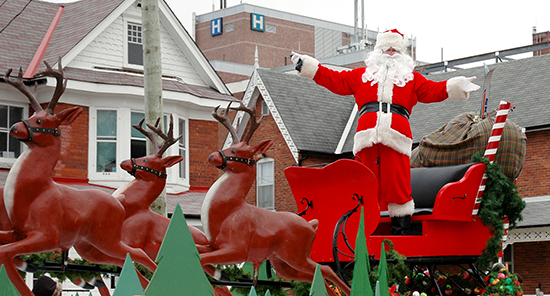 You can pinpoint when Santa is near your house. Thanks, NORAD, for the fighter jet escort!

Well, we at MetalMiner are delighted to report that some, at least, are not wasted. Taking time off from detecting missile and air attacks to our continent, the men and women of the North American Aerospace Defense Command (NORAD) undertake the much more serious and, for many, the seriously more interesting role of tracking Santa Claus. Not to mention answering calls and emails from children keen to find Santa in the night sky, so the high-brow financial paper the Financial Times reports.

Ever since 1955 in fact, NORAD has taken on this vital role serving its country and exploiting its unique tracking and monitoring technology to ensure Santa’s journey is successful. Apparently from the start of December onward, 1,250 staff at the Colorado nerve center don the Santa hats and reindeer antlers necessary to fulfill their role and professionally field some 117,371 calls and 9,606 emails from concerned youngsters in addition to creating social media feeds, and presenting satellite and radar imagery.

According to Captain Jennifer Stadnyk quoted by the FT there are four main ways NORAD can track Santa, their radar system has 47 installations across the northern parts of Canada and Alaska. When the radar indicates Santa’s departure, NORAD can then transition Santa-tracking to their sophisticated satellite systems. Apparently Rudolph’s nose gives off an infrared signature similar to a missile, “in case you didn’t know,” she said. “Then, finally, we use our fighter jets to escort Santa across Canada and the US, just to keep him company.”

Well that’s good then, here was I thinking he did it all on his own, another myth blown away!