Trade Automation: Chuck the Paper Trail and Cut Your Costs 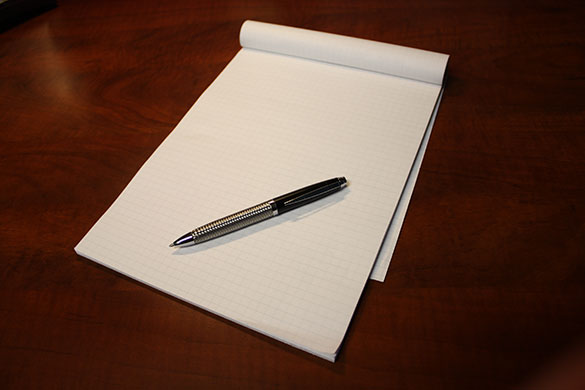 Over the coming weeks we will run a series on international trade, in collaboration with Bolero, discussing some of the bigger challenges around the use of letters of indemnity, fraudulent transactions, and how large metals and mining firms have reduced (and in some cases, even eliminated) demurrage charges. Read our introductory post here on how certain trade processes are stuck in 1994.

Few businesses still operate in a paper-only environment, and certainly not any retailer or large manufacturing organization (though I did have a table fabricated and cladded in stainless steel for our company, and the fabricator runs his business mostly using paper – I even faxed over our hand-drawn specifications with measurements). But after that, I struggle to think of a single other industry that still runs on paper.

So imagine this: in a world of global commerce where countries trade upwards of  20+ trillion dollars worth of goods with one another, the financial trail that supports that trade remains predominantly made of paper.

When one considers the post-9/11 world with heightened concern over terrorists gaining access to shipments, new security and controls, enhanced traceability and increased tax fraud, it sounds ridiculous that the backbone of our global trade system largely still relies on pulp. In fact, we recently heard that a major global trade bank still relies on people that literally “sniff” bills of lading to ensure authenticity. Is there really a “sniff department” at a major bank? It doesn’t get any more archaic than that!

But the real world problems for large commodity traders and producers don’t stop with forged documents and security concerns. And the move to an “e-” world does not require merely governmental mandates for product traceability or security and controls to form the business case. The case for lowering working capital, reducing the administrative burden placed on trading companies, eliminating errors and re-work, ensuring goods go to the right parties and reducing inventory levels all create a powerful business case for trade automation.

A large oil company had incurred $3 million worth of demurrage charges annually in one trade lane only (the company operates dozens of trade lanes). They needed to transship oil from big tankers to local tankers moving from Italy to Croatia on short sea routes.

The commodity trader used an electronic bill of lading (a solution that replicates all of the functionality of a traditional paper bill of lading), the discharge port agent received the eBL as soon as the vessel set sail. The company completely eliminated demurrage charges for that trading lane!

In another example, a large mining firm that ships $30m worth of iron ore in each shipment has an 8% weighted cost of borrowing. The miner wanted to shave 7 days off the trade cycle through more efficient trade automation processes. The 7-day savings results in $46,000 of reduced finance costs per shipment. With $5b+ in annual iron ore shipments, the one improvement results in a $7.7m cost savings.

Download our full FREE compilation of this series now by filling out the form below: