Home | Best of MetalMiner | Week-in-Review: The Metal/Currency Movements That Were No Big Deal
Commentary

Week-in-Review: The Metal/Currency Movements That Were No Big Deal

This week we examined several metal/currency movements which were not what they’d outwardly appear to be.

Whether it’s the supposed zinc deficit, the seemingly sharp fall of the US dollar or the USA dropping to fourth in steel production, our reaction was largely “We know better than to panic about that.”

All the more reason for you to trust MetalMiner for all your metals’ sourcing needs. We won’t steer you wrong 😉 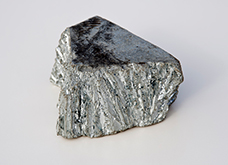 Honey, I Shrunk the Zinc Deficit

Yeah, not so much.

Burns deftly explains how the London Metal Exchange’s Commitments of Traders Report (COTR) shows that longs have moved to shorts, suggesting not just that investors switched when they saw the prices fall, but may well have created the fall by bailing out of long positions they had built up in the expectation of supply shortages that were not materializing.

Stick with us and you’ll know which deficits and surpluses are real and which ones are phantoms.

USA Off the Steel Production Podium

The US dropped below India in the World Steel Association’s rankings of top producer nations. India media celebrated the move as a grand passing of the torch to a newer, developing steel power.

Except it really wasn’t.

Burns was there, again, to throw cold water on the party. The differences in actual production, he wrote, are relatively small. Based on data compiled by WSA India’s production growth was the world’s highest during the January-February period at 7.6% to 14.56 million metric tons, compared to the US which slipped back to 13.52 mmt. According to the ISSB, India produced about 86.5 mmt compared to the  88.2 mmt from the the US.

Further, the comparisons between India’s steel industry and that of the US is more grapefruits to watermelons than apples to apples. The US is facing a strong dollar denting its export markets and a tidal wave of imported steel. India is still an emerging market with a population of 1.25 billion and, with a projected increase in its urban population from 400 million to 600 million by the end of the decade while it industrializes and invests in infrastructure, India is going to need to build substantial steel capacity.

Comparing a mature economy to one rapidly building and industrializing, and naturally subsidizing its steel industry, isn’t a fair comparison. Especially when they’re so close in numbers despite their major differences. So, there’s really nothing to panic about in slipping from number three to number four.

“It’s a deal, we won’t raise interest rates yet.”

Don’t Bail on The Bullish Dollar

Last week, the Federal Reserve scaled back its plans to hike interest rates this year. The markets reacted unfavorably and the dollar saw its first real weakness this year. Dogs and cats also started living together and mass hysteria ensued.

But my colleague Raul de Frutos presented a “what, me worry?” attitude. Ever patient Raul pointed out that the dollar has strengthened mainly because the euro and the Japanese yen have depreciated in response to monetary stimulus implemented by their respective central banks. The falling price of oil also drove down the currencies of many commodity exporters.

This was new information to those who believed the dollar was rising in anticipation of a rate hike. Sure enough, Just as quickly as the dollar slid, it regained most of its losses against the euro and yen after the Fed news had passed.

So, when unexpected metal/currency movements hit, remember to stay calm and listen to MetalMiner. Slow and steady usually wins the race.