The annual rate of spending fell to $967.2 billion, Commerce said. January’s outlays were also revised downward to show a 1.7% decline instead of the previously reported 1.1% drop. The numbers are seasonally adjusted so it can’t be the oft-blamed winter weather that’s dragging down construction spending. 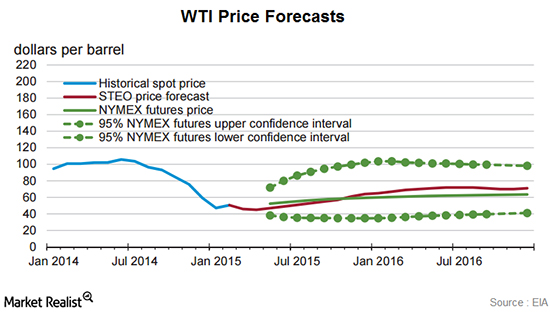 These losses, rather, are more likely the result of restricted spending in the energy sector as the plunge in crude oil prices is affecting future shale oil, natural gas and other drilling projects. Major companies slashing expansion budgets in the US and abroad include ConocoPhillips, Chevron, Hess and BP. The Energy Information Administration recently said it expects global oil inventory to build to an average of 1.3 million barrels per day in the first half of 2015.

EIA believes these builds will moderate in the second half of the year as non-OPEC supply, particularly in the US, slows due to low prices and increasing demand.

What Does this Mean for Construction Spending?

Commerce breaks construction spending down via its statistics agency, the US Census Bureau. The “power” category of the census bureau figures — which include oil and gas facilities — is down by 17.2% year-on- year and 4.5% for the month. That sector of the construction industry is going to have to wait until energy prices rise again.

Residential housing or commercial construction are simply not able to make up the gap in government/energy spending because they, while growing, are still doing so very slowly in a weak recovery. Spending on private construction projects was up only 0.2%.

The rest of the industry is chugging along well into positive territory and might be poised for a breakout if oil prices rise. Manufacturing facility construction spending was actually up a massive 37.9% year-over-year in February, the most of any category that the census bureau tracks.

The Institute for Supply Management, a trade group of purchasing managers and friend of MetalMiner and its sister site, SpendMatters.com, said US factories expanded last month at a weaker pace as orders grew more slowly and hiring was essentially flat. The group reported that its manufacturing index slipped to 51.5 in March from 52.9 in February. Any number over 50 indicates growth but the slow pace is still troubling.

The drag from falling oil prices on construction looks like it’s being felt in manufacturing, as well.