Home | Commodities | Week-in-Review: How I Learned to Stop Worrying and Love the Bear Market
Commentary

Week-in-Review: How I Learned to Stop Worrying and Love the Bear Market

Base metals are in a bear market. We’ve said so again and again. But while we may not come to praise bear markets, we don’t choose to bury them, either. Bear markets give investors and traders a purpose and a goal. 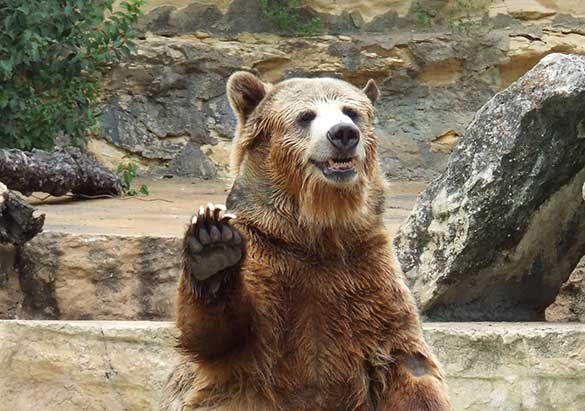 “Only you can prevent forest fires and buying on weakness rather than strength.”

As we struggled through a week of bearish forecasts and weak growth, bears just started popping up everywhere, too. No matter how much you tried to not think about it, the bearish outlook for our metal markets was omnipresent.

One of them was staring at us from our Q2/Q3 forecast webinar. Vladimir Putin was riding one in toy form. Even the beloved, cuddly ones like Winnie the Pooh and his new movie made us think of poorly performing markets and surplus stocks. That’s when we thought, is this bear market really that big and bad?

Should we really fear bear markets? Sure, everyone WANTS bull markets, but bears serve a valuable purpose by creating supply and demand equilibrium and separating visitors to national parks from their pick-a-nick baskets. Bull markets can’t even exist without the occasional bear putting things right.

Without bears where would The Economist get half of its cover ideas?

Any investor who has been in the game for awhile, too, will tell you there is money to be made in bear markets. Ever hear of short selling?

Doesn’t this guy look kind of sad without his (con)tango partner? Don’t these guys look a little better together?

No, without bear markets there would be no bull markets. Even in periods of unprecedented growth things get, well, boring. Just like an eastern transplant spending a few months in Southern California when you experience the phenomenon of actually missing winter, you realize that change in the market serves a healthy purpose.

So, we here at the MetalMiner week-in-review choose to accept this bear market and believe that it’ll start catching the salmon of increased profits soon, hopefully fueled by the tasty honey of exchange rates that suddenly become favorable again.

After all, have you ever once seen a bull that can perform a karate demonstration? I didn’t think so.

Next week: An ode to chickens and pigs.