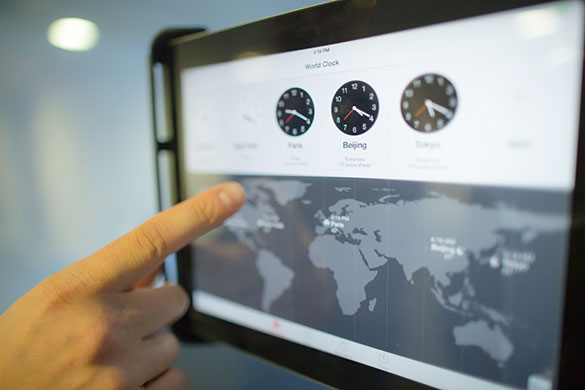 The American Iron and Steel Institute (AISI) 2015 General Meeting closed just yesterday here in Chicago, where steel industry folks on the producer and service center sides (to name a couple) came together to discuss key issues surrounding the US steel market landscape, while leaving a crucial issue explicitly unmentioned – but we’ll get to that in a bit.

Of course, we can’t really forget China. Nucor Corp. CEO John Ferriola was joined by AK Steel CFO/SVP Finance Roger Newport; Regulo Salinas, vice president at Ternium Mexico SA, Jim Baske, CEO ArcelorMittal North America Flat-Rolled, Chuck Schmitt, EVP and head of SSAB Americas and AISI President and CEO Thomas J. Gibson in creating a united front “in the call for a flattened playing field between US producers and foreign companies exporting to our shores, particularly those from China,” according to my colleague Jeff Yoders, who covered AISI’s press briefing at the Fairmont Hotel on Monday.

Ferriola said 4 million people whose livelihoods depend on the steel industry are at risk, but also that enforcing existing trade and anti-dumping laws consistently would make a wealth of difference for today’s producers, as Jeff wrote in his dispatch. “The first step is enforcing existing law as written,” he said at the briefing. “Legally and consistently enforcing the laws on the books would help immensely… The American worker is still the most efficient worker in the world. We have relatively inexpensive energy, we have the raw material available, we have the best market in the world. When you look at those natural advantages, it makes no sense we should be operating at 60-70% capacity while the rest of the world is overproducing.”

While Ferriola’s right on all the above, let’s home in on one phrase in the above quote: “We have relatively inexpensive energy.”

It’s true that the US is in a unique position as far as access to energy and reasonable pricing go…for now. However, the pricing part may soon change. How?

Energy Prices and Regulation in the United States

Natural gas prices, electricity prices and US steel production are all in bed together, loosely speaking, and it’s increasingly hard for one to get out from under the warm covers without disturbing the others.

“I know that there’s a lot of irrational exuberance around low natural gas prices,” Mark Pruitt, principal at the Power Bureau, has told us. “We’ve got, you know, 100 years of this and 200 years of that. We’re the Saudi Arabia of natural gas, and that’s wonderful. However, the natural gas that’s coming online is somewhat dependent upon oil prices, because fracked natural gas comes out of the same wells as fracked oil. For many years, the value of the oil coming out of those fracking operations was fairly high, $100 a barrel. They could afford to collect the gas, which was almost a waste product, from that operation.

“As oil revenues drop, the value of having the oil rigs in the field drops,” he continued. “And with the recent drop in oil prices below $80, we’re starting to see some fracking operations pull back in North America. And they can do it fairly quickly. So we think that the overlay of the sensitivity of the supply of natural gas in North America, coupled with an increased dependence upon natural gas for power generation, will lead to greater price volatility for natural gas, which will then feed into greater price volatility for electricity.”

Aha – and here we come to electricity. What’s got the US steel industry concerned about electricity prices?

Many US manufacturers – including steel producers – are concerned what the EPA Clean Power Plan, once implemented this summer, will cost them. Essentially, EPA’s CPP is calling on all US states to come up with their own plans to reduce carbon emissions by 30% at existing power plants by 2030; one of the tenets (called ‘building blocks’) aimed at achieving this is increased usage of natural gas in generating electricity. But the potential effects remain elusive at best, and detrimental at worst.

Brett Smith, AISI’s senior director of government relations, told us that while that proposed regulation directly regulates utilities (such as Exelon, whose executive VP of governmental and regulatory affairs and public policy, Joe Dominguez recently went on record as saying, “as written we think there are timing concerns and ultimately potential reliability concerns [with EPA’s proposed CPP]”), it will have a substantial impact on electricity supply and affordability for an industry that purchases a great deal of electricity and other energy sources – to the tune of 36.9 billion kWh in 2012, the last year AISI has data available, according to Smith.

And, now coming full circle, certainly none of the above will help the US steel industry stay competitive with China.

MetalMiner has spoken to a number of experts in the manufacturing and procurement fields (including Pruitt and Smith) to gather perspectives about the tangible costs of EPA’s CPP, including compliance costs, rising electricity prices, grid reliability and other risks. We’re presenting a video webinar exploring this issue in detail, along with a live Q&A panel featuring speakers from National Association of Manufacturers and Nucor Corp., next Friday, May 15 at 10:00 AM CT. The webinar counts as 1 hour of CEH credit.