A few weeks ago I had dinner at a friend’s house. The floor ended up kind of messy, so I offered to sweep the floor in gratitude for the delicious meal.

But that wasn’t necessary because my friend had a vacuum-cleaning robot. I had heard about these robots before but never thought they would work so well. I was impressed. 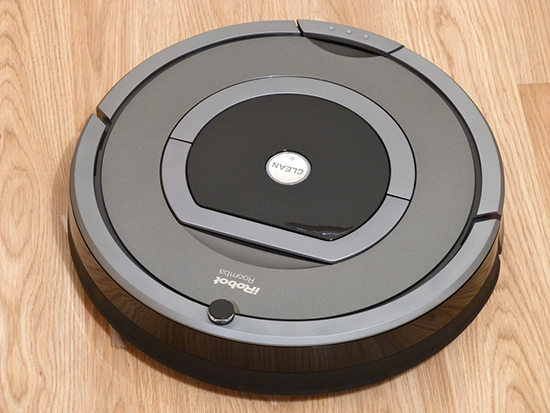 I can clean any surface and charge myself, but if you don’t empty me I WILL gorge myself on cat hair and die.

The robot, with sensors built in, was able to avoid every obstacle in the house and recognize the dirtier areas so it could stay longer in those. Finally, when the robot finished cleaning it automatically came back to its spot to recharge itself. This little vacuum-cleaning robot has become exponentially better and cheaper during the past few years and today even a cat can drive one of these. The only real dependence they have on their human guardians is to plug in the charging station and empty them.

I Have No Need of a Protocol Droid

But this is just a pretty basic robot. Today, robots come with simple user interfaces. Take, for example, Baxter, a two-armed robot with an animated face to create friendlier interactions with humans. The robot doesn’t need complicated code programming, it just learns through guided imitation, allowing line workers to “coach” the robots. Moreover, with the exponential growth of artificial Intelligence (AI), putting robots through their motions will soon be replaced by simply having a conversation with them. Robot & Frank is a movie that I think describes pretty well what robots with AI will look like in the near future.

Furthermore, we are also seeing exponential progress in robotics’ agility and mobility. Thanks to AI and a new generation of actuators and sensors, robots of all sizes and modes of mobility are already in the marketplace. Now robots can run, crawl, climb or even fly like a bird.

During the past few decades, advances in robotics were relatively slow as they were basically run out of university labs or programs funded by governments, such as the Defense Advanced Research Projects Administration (DARPA) robots above. That all changed about two years ago when Google announced the acquisition of eight robotics companies and Amazon is already getting into the drone business. Robotics can only grow faster now that the big players are in the game.

I’m Sorry, Dave, I’m Afraid I Can Do Your Job

Robots are already replacing humans in the supply chain. Foxconn (a Chinese manufacturer for Apple’s iPhone) has a fully automated factory operating in Chengdu. The company has been annually adding 30,000 industrial robots to its factories.

As chips and sensors get cheaper, there will be fewer reasons to hire humans when robots can get the job done. Robots don’t take vacations, nor time for lunch or sleep and they can work an assembly line for as little as $4 hour.

Not only in tasks such as assembling or packaging, but robots will also take over other aspects of the supply chain such as transportation. As experts in the field point out, within 20 years self-driven cars and trucks will invade the roads. The technology is already in place and advances in this field are enormous. Google’s self-driven cars are even capable of interpreting the hand signals of cyclists. The LIDAR and RADAR technology used for this are also being used to accurately scan existing conditions on construction sites.

Moreover, as advances in artificial intelligence occur, robots will take over more specialized jobs. The future? Robotics connected to the cloud will have instant access to everything that is happening in a factory. By continuously knowing data such as new orders, inventory levels or work in process Robots will automatically know what to do at anytime with no waste of time, working 24/7 and all that, with the lights off.

All the same, let’s not link them to Skynet.