Home | Ferrous Metals | SCOTUS Rules Against EPA on MATS, US House Blocks Clean Power Plan, Obama Signs Trade Pact Laws; Steel Industry On Board With All of the Above
Industry News

SCOTUS Rules Against EPA on MATS, US House Blocks Clean Power Plan, Obama Signs Trade Pact Laws; Steel Industry On Board With All of the Above 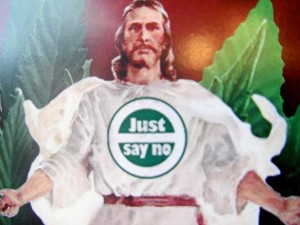 Echoing Nancy Reagan circa 1988, the US House of Representatives listened to Mitch McConnell and “just said no” – to the Environmental Protection Agency (EPA)’s Clean Power Plan.

Meanwhile, the US Supreme Court finally ruled on Michigan v. EPA (involving the toxic emissions rule trying to limit mercury and air toxics, aka MATS), and the outcome, just announced today – a 5-4 ruling against the EPA – looks to set a major precedent for federal agencies to consider compliance costs before laying down rules and regulations. That adds fuel to future courtroom fire for the EPA, as news came down late last week that the House voted for a measure to block EPA’s Clean Power Plan, for which the final rule is intended to be released this coming August. They “approved HR 2042, a bill designed [to] block implementation of President Obama’s Clean Power Plan and protect ratepayers from what backers say would be steep price increases under the proposed emissions rules.”

RELATED: Learn more about what manufacturers and purchasing departments can do to prepare for EPA compliance.

These two developments are very important to the US manufacturing community, since the outcomes will determine how much cost will be passed down from producers to consumers.

The third development that went down today: President Obama signed two new initiatives (and our new favorite acronyms), the TPA and TAA, which is big for the steel industry as well. (Read our full story on that.)

What You Should Know About Michigan v. EPA

What’s this case all about? For a good quick-n-dirty rundown, here’s how Amy Howe lays it out, writing on the SCOTUS blog:

“This is a dispute between the federal government, on the one hand, and states and industry groups, on the other, that arises from the EPA’s efforts to regulate pollution – and in particular mercury – from power plants. The question before the Court is whether, when deciding whether it is going to regulate the emissions from power plants, the EPA must also consider how much it will cost the power plants to comply with the new regulations.  States and industry groups had argued that the EPA is required to consider compliance costs at the outset, while the EPA argued that it does not have to consider costs until later in the process, when it issues specific pollution standards. Justice Antonin Scalia is the only Justice who has not yet written a majority opinion for March, so he is likely to be writing this one – good news for the states and industry groups, in all likelihood.”

Obviously, since this case went the way of the states, it will set quite an interesting precedent for the court battles looming for EPA’s Clean Power Plan.

Check out what the leaders in the domestic steel industry are concerned about:

If EPA’s CPP Stands, Here’s How to Best Prepare for Compliance

For a complete educational experience on the main concerns highlighted above – including best practices for procurement/purchasing professionals dealing with regulatory risks such as those posed by EPA’s CPP – please register for our interactive video program, What EPA’s Clean Power Plan Could Cost US Businesses (and What Procurement Can Do About It).

Register for the recording here, and we’ll send it to you.