Never mind physical demand from end users, the omens for copper demand from the financial sector are arguably even worse if a recent paper covered by the Financial Times is correct.

“Carry Trade Dynamics under Capital Controls: The Case of China” by Zhang Xiao, a fixed-income analyst with BNP Paribas, and Christopher Balding, associate professor at the HSBC Business School at Peking University’s Graduate School in Shenzhen, finds strong evidence that Chinese copper stocks were being used “primarily to facilitate a carry trade under capital controls.” 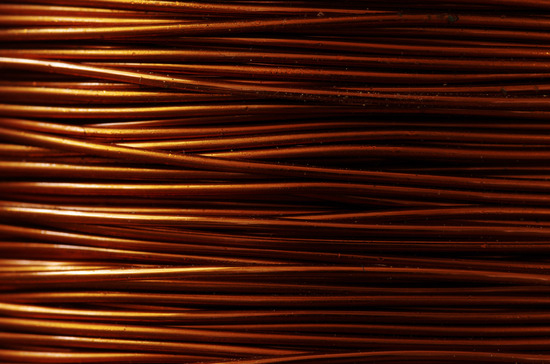 Soon, in China, this will now be just a roll of copper and no longer an investment vehicle.

It is no secret that because of higher interest rates in China, compared to the rest of the world, Chinese investors have borrowed money offshore using a letter of credit from a bank to import copper. This was among other metals used, but copper was the favorite. This was the scheme: Put the metal in a warehouse, and then invest the money in higher-yielding assets like property, financial products, or invest in manufacturing facilities.

More Than Half of Copper Used for Financing

The FT reports that some Chinese executives estimate that as much as 70% of China’s imports of refined copper were used to obtain financing rather than for actual consumption.

If the research backing the report is correct, the closer alignment of Chinese interest rates to global rates will negate the demand for this form of shadow financing and naturally reduce copper demand as a result. There is already considerable evidence to suggest this is already happening.

Chinese copper imports have been falling. Chinese interest rates have been reduced four times in the last eight months with the current rate at a record low of 4.85%. With investment depressed and the Chinese stock market tanking, there seems little prospect for interest rates other than continuing to fall, so don’t bet on a significant pick-up in copper anytime soon.

Chile Drops the Supply Side Ball

On the supply side, high-quality copper concentrate shrank more than expected in the first half of this year due to output delays from top mining nation Chile.

This may support prices later in 2015 but, if the Chinese carry trade demand is as high as the FT suggests, then it would likely outstrip any shortage in concentrate.

Production from two of four mines in Chile that churn out clean, standard concentrate was stalled in the first half as the country was hit by floods. The world’s top mine Escondida has not tendered surplus concentrate for months, according to Reuters.

Smelters blend clean concentrates with supply from mines that have impurities such as arsenic, which have become more common as miners dig deeper into the earth’s crust in Chile.