Home | Exports | Another Extension for The Highway Trust Fund? Export-Import Bank at Center of Storm
Commentary

Another Extension for The Highway Trust Fund? Export-Import Bank at Center of Storm

The US House voted last Wednesday to approve a short-term, $8 billion extension of federal transportation funding, which will last until December.

House Ways and Means Committee Chairman Paul Ryan (R-Wis.) has called on the Senate to pass the House’s $8 billion transportation funding patch “without any unrelated measures.”

Exports, Imports are Not Infrastructure

Ryan said after the temporary patch was approved on a 312-119 vote in the House, that the Senate should follow suit and send the lower chamber back a clean highway funding extension with no “unrelated measures.” Ryan was referring to a Senate plan to include an extension of the US Export-Import Bank’s charter in the upper chamber’s version of a new highway bill. 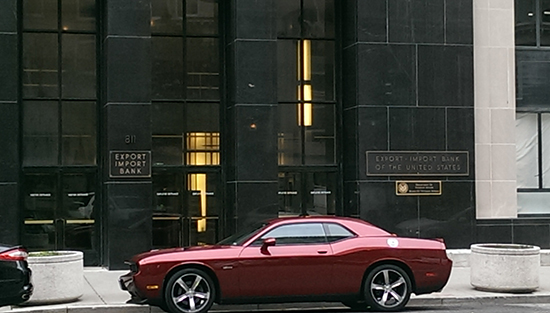 The US Export-Import Bank is closed for business and House Republicans don’t want a new charter for it attached to a Highway bill.

The Ex-Im Bank’s charter was recently allowed to expire and House Republicans have soured on the credit institution for US exporters. Many conservative groups view the bank as an outdated federal bureaucracy ready to be thrown on the scrap heap of government innovation and streamlining, believing that private banks can provide loans for exporters as they can for any other financial transactions. The Ex-Im Bank’s supporters claim it’s a vital institution needed to support US export competitiveness.

Either way, Ryan is sending a clear message that the House views infrastructure as an issue that should not be dependent on passage of a new Ex-Im Bank charter or other issues. Unlike the six-year, $275-billion Senate plan, Ryan’s December extension of the Highway Trust Fund is entirely paid for. The House Bill relies on $3 billion in savings from Transportation Security Administration fees (the ones you pay when you buy an airline ticket) and $5 billion in tax compliance measures to fund road projects through Dec. 18.

The Senate has yet to detail how it would pay for the $275 billion, six-year plan. Congress has been fighting over how to fund highway projects since 2005. The 18.4 cents-per-gallon federal gas tax is the main source of funding for the Highway Trust Fund, which will run out of money by the end of the month without another extension, but the tax has not been increased since 1993 and more fuel-efficient cars have eroded its power as a tax. The federal government typically spends about $50 billion per year on transportation projects, but the gas tax only brings in approximately $34 billion annually.

How to Fund Highway Projects?

Most House Republicans oppose a gas tax increase and argue that the current economy is still hurting American consumers and any increase would further discourage travel and purchases, even with relatively low prices at the pump. Many Republican senators agree, but influential democrats such as House Minority Leader Nancy Pelosi (D.-Calif.) have gone on the record saying that we should hike the federal gas tax.

With Ryan’s stand, though, it would seem that the House leadership will not even begin discussing a tax increase, or another funding mechanism for a long-term highway bill, unless it is in a standalone bill and will not allow other issues, such as the Ex-Im Bank, to be a part of those negotiations. The highway funding ball is now in the Senate’s court.