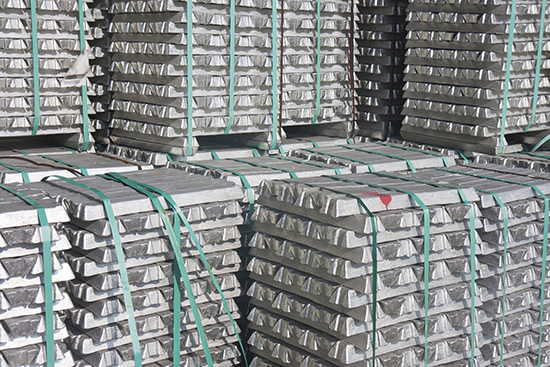 As China goes, so too does the rest of the world, and that has been none more painfully clear than with the plummet of aluminum prices. China export volumes continue to be a main driver for this industrial metal’s decline. You can learn all about it, in addition to how other industrial metals are faring, by subscribing to our new Monthly Metal Buying Outlook.

We touched on the rise of Chinese aluminum exports back in April, as the Far East nation continued its transition into a consumer economy and, in turn, saw its domestic demand for aluminum fall off. However, that didn’t stop the Chinese from commissioning a new plant later this year that has the ability to produce upwards of 2 million tons of finished aluminum.

With so much aluminum being produced and so little domestic demand, what is a nation that has historically had issues unloading the product to do? The Shanghai Futures Exchange price has helped alleviate China’s difficulty exporting aluminum by dropping relative to the LME, allowing Chinese producers to better compete across Asia.

Just last month, the sharp increase in Chinese aluminum exports (35% year-over-year) raised a few eyebrows, most notably from Alcoa Inc.‘s Klaus Kleinfeld, who claimed the nation’s surging export figures were skewed by semi-finished products. The 2.5 million metric tons of unwrought aluminum and related products in the first half of 2015 equaled a 650,000-mt increase compared to the year prior.

At the Mercy of China’s Aluminum Producers

According to the Wall Street Journal, China accounts for about half of the world’s aluminum production and its producers are showing no signs of relenting their output of the metal despite plummeting prices. This is not what the rest of the market wants to hear.

“Chinese production is growing faster than in the rest of the world,” Ivan Szpakowski, Hong Kong-based analyst with Citi, told the news source. “Most producers in China are still making money, especially the ones with new capacity.”

Although the strength of the dollar has benefited aluminum producers outside the US to offset China’s export volumes, something has to be done as the global aluminum market could reach a surplus of 3 mmt of the metal before year’s end.

“China’s government should realize that huge exports are significantly influencing lower prices at the London Metal Exchange and it hurts primary producers not just outside China, but in China too,” Goran Djukanovic, an independent aluminum analyst, told the WSJ.

What Should My Industrial Buying Strategy Be?

You can find a more in-depth aluminum price outlook and forecast in our brand new Monthly Metal Buying Outlook report. For a short- and long-term buying strategy with specific price thresholds: