Home | Commodities | The Stock Market Meltdown: What Does It Mean?
Commentary

The Stock Market Meltdown: What Does It Mean?

Well for one thing it means our retirement funds will likely be worth less, at least in the short to medium term. On the plus side, our mortgage will likely stay cheaper for longer and metal prices will remain lower for longer.

Why? well if the Fed was worrying about a China slowdown in July, they must be in full-on panic mode by now. If the Federal Reserve was to raise rates next month, to stave off the possibility of inflation picking up next year, it would strengthen the dollar, making imports more attractive and making life tougher for US exporters.

The collapse of stock markets around the world has been precipitated by fears of a China slowdown becoming far deeper and more prolonged than previously thought – although why this appears to be such a surprise to investors today compared to 2-3 weeks or even 2-3 months ago I fail to see, the writing has been on the wall all year. 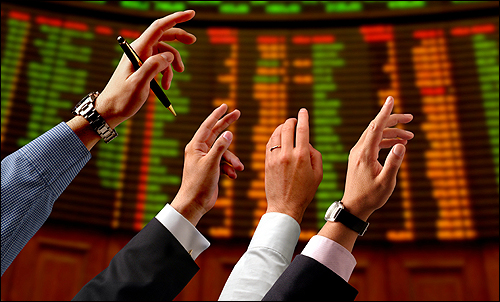 The signs that China’s economy could lose steam were there, but it still caused global stock market panic.

However, as the herd mentality sets in all those stop orders get hit and the fancy algorithms cut in selling stocks and becoming self-fulfilling as they drive prices down. Hedge funds have been aggressively shorting the market, not just for stocks but for commodities too. It would be a brave man who bet any pause was the start of a bounce back, markets could have a lot further to fall.

Back to the Fed and China: weaker demand from China will mean lower demand for commodities. For a few commodities, China has become a net exporter but across the board the world’s largest consumer is reversing what was once a one-way bet on demand.

Lower prices feeding into the US market will keep inflation low and may even put the US into a deflationary situation for a short while. Does the Fed really want to be increasing interest rates against that backdrop? No. September’s long-anticipated rate hike isn’t going to happen, indeed even one before November seems very unlikely now.

What Does This Mean for Metal Buyers?

Commodity bulls, if any exist, will say producers are operating below the cost of production and that can’t last, sooner or later capacity will close and prices will rise.

In part, they are right. 17% Of copper mines are producing at a loss according to the Financial Times, but with producers aggressively doing all they can to move down the cost curve it could be some time before enough capacity is closed to impact prices.

The situation is worse for aluminum. Chinese producers are still bringing new capacity on stream and with state-of-the-art technology they have some of the lowest production costs in the world. There is no prospect of a recovery in aluminum prices anytime soon even though demand has continued to rise robustly.

What Does This Mean for Oil Users?

Nor are oil prices likely to rise unless OPEC has a dramatic change of policy. China has been a bigger contributor to oil demand growth than any other nation in the past decade, so any slowdown in the Chinese economy may spell bad news for crude consumption the FT opines. Saudi Arabia, Iraq, Russia and others are pumping oil like its going out of fashion – which, in a way, it is. Just as significantly, though, the US shale industry has been more resilient than expected, and is now on the brink of potentially exporting, adding to global supply.

All in all, a rise in Fed rates seems about as unlikely as a rise in commodity prices. This would all be good news if it wasn’t for the fact that what’s driving both is a fear of a global slump, and that would most certainly not be good for anyone.