As markets roil and metal producers and miners toil, it’s important to remember the importance of the holiday our US readers will celebrate this Monday.

Labor Day honors the American labor movement and the contributions that workers have made to the strength, prosperity, and well-being of this country. And that’s why, with arms open, we celebrate the victory of labor, in the form of a multimillionaire athlete, Tom Brady, married to a supermodel, Gisele, who won big in federal court, sticking it to the man, his employer the NFL. Or as we call it, BIG FOOTBALL!

Finally! Someone thought about the feelings of millionaire athletes married to supermodels! 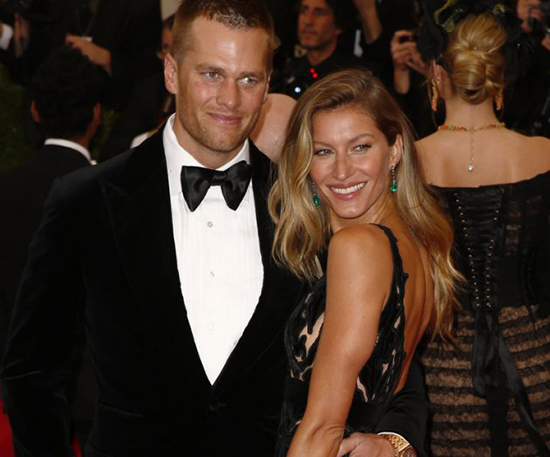 Won’t someone think of poor Tom? An oppressed laborer falling under the wheels of Big Football!

Judge Richard Berman wrote that because there was no notice of a 4-game suspension in the circumstances presented,NFL Commissioner Roger Goodell may be said to have “dispensed his own brand of industrial justice.”

Let’s leave aside for a moment whether NFL players are really “labor” at all, but reading this ruling – and, yes, we read all 40 pages of impressive legalese – drew up comparisons to other clashes about collectively bargained agreements workers and management.

As we speak, Allegheny Technologies, Inc. is locking out workers in six states over healthcare contributions that it can’t come to an agreement over with the United Steelworkers of America. Unlike the NFL lockout a few years back, the ATI workers staged a large rally in Pittsburgh three days ago to show they are committed to fighting back against corporate’s insistence on larger healthcare contributions. I certainly do not remember Tom and Gisele walking the NFL equivalent of a picket line. Nor Peyton Manning cooking grilling to feed his displaced bethren during the work stoppage.

Unlike the NFL’s collectively bargained arbitration process, no one expects a resolution to ATI and the USW’s dispute anytime soon. It was a novel reading of labor law, though, that allowed Berman to decide that the NFL’s entire collectively bargained discipline process could be, essentially, thrown out because no one told Brady he could be suspended for so long or that he probably shouldn’t destroy his phone. Heck, the ATI workers are probably wondering how they’re going to pay their phone bills while they’re locked out, let alone how they’ll get new ones.

In Chile, They Lock Themselves In

Meanwhile, more than 70 Chilean copper miners are striking over unpaid wages and recently blocked themselves inside a shaft deep underground and are refusing food and water in protest. You think maybe Gisele went on a hunger strike to support Tom during his unfair persecution by The Man? Would anyone notice?

This  was the second mining strike in recent months in Chile. In early August another group of copper miners ended a strike in which they blocked roads to mines to demand higher wages. One worker was killed by police in the 23-day protest. I hope Brady hired extra security during his principled stand. Who knows what Big Football is capable of?

The New England Patriots QB might not be fighting DIRECTLY with his brothers in Pittsburgh and Chile (especially not Pittsburgh, they play New England in a week), but he’s fighting the same metaphorical fight for workers’ rights everywhere. Ummm, sure.