Global Ferrous Scrap Trends 2015: It’s Going to Get Worse Before It Gets Better 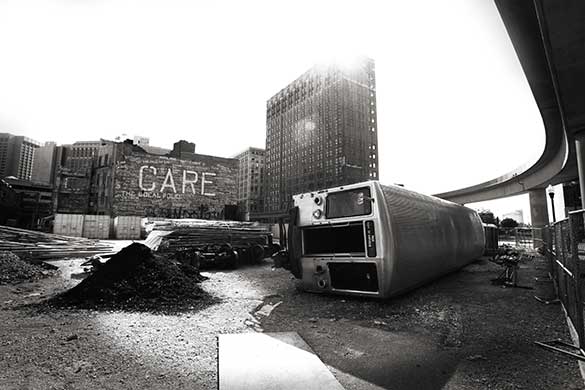 China demand has derailed ferrous scrap exports from the US.

At Day 2 of ISRI’s Commodities Roundtable 2015 conference, panelists got down to brass tacks.

And by brass tacks we mean, more aptly, ferrous-metal tacks (although the Copper roundtable also took place, so surely there was mention of brass tacks, even if indirectly).

Anyways, ferrous materials represent the largest piece of the scrap market pie as far as US industry is concerned, and panelists made no bones about the fact that US ferrous exports are down – especially to China.

Even before the Ferrous roundtable got going, Joe Pickard, ISRI’s chief economist and director of commodities, made note of the fact earlier in the day that China’s slowdown is concerning to the overall industry picture.

Free Download: Get the overall industrial metals picture with our monthly MMI Report.

As far as US ferrous scrap exports to China, “we’ve already been seeing some writing on the wall,” Pickard said.

According to Pickard, US exports of ferrous scrap to China (excluding stainless) peaked at 5.5 million tons in 2009 – last year, the US exported only around 200,000 tons. This is primarily due to dramatic dropoff in Chinese demand as iron ore prices have come down. That drop has forced US scrap exporters to find new markets.

Although the top 5 net-gaining nations in ferrous exports are India, Turkey, Thailand, Saudi Arabia and Mexico, Pickard made it clear that these ex-China net gains won’t fully make up for the net shortfall in the near term.

The opportunity to form new markets overseas is the most critical component for scrap industry growth in US, Pickard said.

“Scrap demand is not isolated from overall metal demand in general,” said Alejandro Jaramillo of Glorem SC in the economy roundtable. Perhaps nowhere is this truer than in the relationship between steel and ferrous scrap, whether it comes to demand, pricing and many other dynamics.

The elephant in the room that not a lot of people are talking about – or talking enough about – is US capacity utilization, according to Phillip Bell of Steel Manufacturers Association. He noted that the US has not made it above 70-75% capacity over last 4 years, as compared with the period leading up to the 2008 crash, when capacity hovered in the 90% range.

Put quite simply, there has been and continued to be less demand for scrap due to lower capacity utilization, which Bell sees as the primary challenge at hand.

Ultimately, there are “too many mills are chasing too little business,” according to Mike Marley of World Steel Exchange Marketing.

He predicted that by 2020, China’s economic needs will be much less steel-intensive and steel demand will recede by 10%. (Indeed, Ralph Pinkert of Scrap Metal Services anecdotally echoed that this is already becoming the case, having traveled to China a couple months ago and seeing the overwhelming construction focus on concrete.)

And what of China’s existing infrastructure from the 1960s and 1970s which will be due for demolition in the next couple decades? Will that create a new “tsunami” of new scrap trade issues down the pike?

In short, yes. There’s a “tremendous reservoir” building up in China, Marley responded. They’re going to end up having quite the comparative advantage over the US – local scrap buying parties will be closer, and freights will be less expensive, for starters. US scrap sellers on the West Coast will have to ultimately find new markets for their scrap, either selling to the east coast or elsewhere.

So Where to Go From Here?

As Chief Wiggum famously said in “The Simpsons” after getting his tie caught in Apu’s hot-dog warmer: “Oh boy – this is going to get a lot worse before it gets better.”