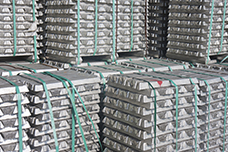 In Paul Adkins’ Black China blog, the writer posted recently that Reuters and London’s Financial Times both ran stories that the smelting assets of the former CPIC (now called SPI) would be shunted into Chinalco’s fleet, thereby catapulting Chinalco to number one in the world in aluminum smelting, above Rusal and Alcoa.

MetalMiner was one of several blogs that picked up the story and opined about how the transaction would affect Chinalco and the world aluminum market.

The problem, Adkins pointed out with glee, is that it’s wrong on a couple of important counts.

“The reporter who first ran the story completely forgot about Shandong Hongqiao (also known as Weiqiao). Their group of smelters is now running at somewhere between 6 million and 6.7 million metric tons – far in excess of Rusal or Alcoa, or even of a combined Chinalco/CPIC.”

While we’re certainly sorry about forgetting about Shandong Hongqiao, the episode does shed light on just how accurate the name of Adkins’ blog really is. No one in the West really has a real accounting of who is smelting what in China. The South China Post, for example, reported in June that Shandong planned to increase its annual output capacity to only about 5 mmt by the end of this year. Still above Rusal and Alcoa, but not ahead of a potentially combined Chinalco.

The estimate that Shandong is now producing between 6 and 6.7 mmt sounds legitimate and is entirely possible in an industrial region not yet subject to carbon emissions control, but how can one really tell with state-owned enterprises in the People’s Republic? It’s quite a production leap in only a few months’ time especially since 5 mmt was the stated goal for the end of this year only 3 months back.

We would also note that my intrepid colleague, Stuart Burns, pointed out as part of his analysis that “most, if not all, of Chinalco’s aluminum smelters are now metaphorically under water and adding more to the mix will drag the firm down even further. To what extent Chinalco has agreed to compensation from Beijing to help cover the costs of closing these loss-making plants remains to be seen.”

One of Adkins’ bigger gripes with the original FT and Reuters articles is why would Chinalco willingly add additional losses to its portfolio, when it has been trying to reduce losses?

Burns pointed out that “with overcapacity likely to be an ongoing problem in China, the problem isn’t going to be resolved without closures.”

While Adkins is right that “The original story was wrong – and all the people who reprinted it or ran the story as if it were their own, also got it wrong,” we would also add a caveat that we were as perplexed as he with Chinalco adding so much capacity and wondered why the cash-strapped smelter would do so. It’s highly likely that the Chinalco-SPI deal will still get done, too, even though it’s not done yet.

Instead of a full mea culpa, we offer a mea caveat.