Home | Global Trade | Not Just For The US Anymore, Japan Is Reshoring, Too
Commentary

Not Just For The US Anymore, Japan Is Reshoring, Too

Much is made of so-called reshoring, the trend of manufacturing activity returning to the US from Asia, Eastern Europe and South America where it went in the ’90’s and 2000’s in search of low wages and what was seen as the Holy Grail of globalization. 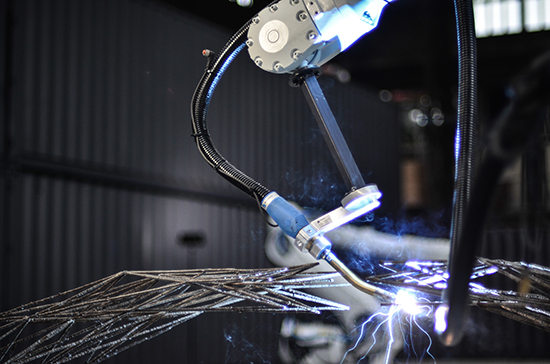 The big winner in Japan’s attempt to reshore jobs? Robots.

In the process, hundreds of thousands of jobs were lost, particularly in the manufacturing sector but also in services with call centers and support functions moving to places such as India, Malaysia and even Singapore.

Why Are Jobs Returning To Japan?

The reason some manufacturers have selectively decided to return to the US are many and varied. Certainly, quality has been one. Speed to the domestic market has been another. Manufacturing costs in the US have come down as wages have stagnated since the financial crisis but risen in places such as China.

Two trends in Japan have driven a degree of reshoring in what was the manufacturing jewel of Asia toward the end of the last century, but was then decimated by a strong yen and competition from cheap labor, particularly in China.

There is nothing wrong with brand Japan. From being the butt of jokes in the 1960’s for low-quality, Japan — through investment, determination and an unparalleled focus on quality — lifted “made in Japan” to the top of the league for nearly all things industrial, from cars to electronics to machine tools.

A major British electronics retailer, Currys, even named their own brands in a Japanese style because they thought it would sell better than a European one. Products in their Matsui line contained neither Japanese parts nor labor, but were branded with a Japanese-sounding name, a rising sun symbol and a motto, Japanese Technology Made Perfect.

They were right; buyers trusted a Japanese name on electronics better than something domestic. So it was a bitter pill for Japan to swallow, in the aftermath of the financial crisis, to invest so much in overseas manufacturing operations rather than at home.

Honda, for example, built a motorcycle plant at Kumamoto capable of making 500,000 motorcycles a year in the early 2000’s. Last year Honda turned out just 140,000 as the company found a combination of a strong yen and high labor costs made production so much more competitive in China and Vietnam.

Change, though, is taking place. After 3 years of Abenomics, resulting in a weak yen, manufacturers are finding that, at least as far as servicing their domestic market is concerned, manufacturing within Japan makes more sense.

A Financial Times article explores the trend and concludes it isn’t all good news for Japanese jobs. Canon, for example, aims to lift its domestic production ratio to 60% by 2018 from 43% last year, but while the return of manufacturing to its homeland is to be applauded, it should be noted it won’t result in many more jobs.

Japan still faces high domestic labor costs and a common theme amongst Japanese reshorers is a move to ever-greater automation. Canon aims to fully automate the production of digital cameras by 2018. Robots are getting the jobs, not people.

The Development Bank of Japan is reported to have said, following a survey, that major Japanese groups are planning to increase domestic capital spending 13.9% from a year earlier in the financial year ending March 2016, but with a heavy bias toward robotics. The move will be good for the Japanese economy. The FT quotes Mizuho Securities which estimates that a switch to domestic production for imported goods targeting Japanese consumers could lift Japan’s overall industrial production by up to 3%.

Still, the benefit will be more for Japan Inc. than for domestic employment. Unlike in the US where reshoring has resulted in a degree of increased employment, in Japan persistently high labor costs and more rigid labor laws have encouraged producers to invest in robots rather than people.

The trend isn’t likely to result in a wave of Japanese manufactured goods flooding the global market, either. The yen hasn’t weakened that much. The effect will be seen more in the domestic market, but for certain high-end products “made in Japan” may yet return to being an appropriate marketing tool… even overseas.