The price funk that industrial metals are in got a little bit funkier for platinum and palladium this week as the two metals saw their prices plummet on news that Volkswagen AG has been cheating on its diesel vehicles’ emissions tests for years.

The intricate scheme puts even the New England Patriots’ best cheating efforts to shame, and that’s saying something. It centered on software in a diesel VW’s internal computer that was able to detect a testing scenario and turn its full emission control systems on. During normal driving, the automobiles would not have their emissions systems engaged. Or recall 482,000 cars in the US alone.

Which begs the question, why not just run the full emissions control system all of the time, VW? Apparently, there’s a trade-off between performance and emissions when the control system is engaged and VW erred on the side of… performance? Such a decision programmed into software by a large, multinational automaker is shocking, especially since VW recently passed Toyota Motor Corp. as the world’s largest car company. 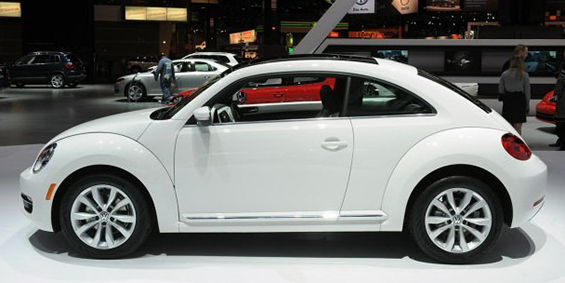 This innocent-looking Volkswagen Beetle TDI could have been polluting as much as 40 times beyond emissions standards.

VW’s decision has already impacted platinum prices. The funk they are in is now of “We’re An American Band” levels. Platinum fell to a 6-and-a-half-year low of $925.30 an ounce this week, after dropping 4% on Tuesday alone, its biggest one-day fall in more than 2 years. It could, eventually, be a boon for palladium, which is used as a catalyst in gasoline engines, if Europe adopts standards that make diesel engines less popular there due to the scandal but palladium is down, too, in the short term.

More proof that it’s always easier to tell the truth because then you don’t have to remember anything… or program software to defeat your car’s emissions system. Or use such a defeat device on Volkswagen TDI Diesel cars going all the way back to 2009. Or recall 482,000 cars which spew up to 40 times more than the legal limit in the US alone. That’s quite a cloud of funk. 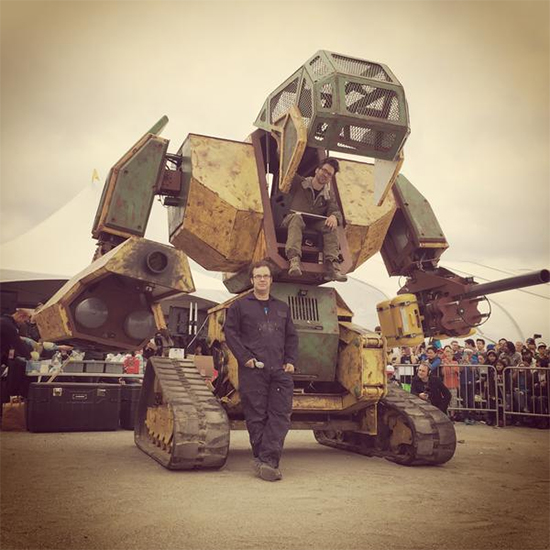 Thanks, Kickstarter contributors, for getting MKII new legs!

Back in July we reported about the agreed-upon battle between the US’ MegaBot MKII and Japan’s SHI Kuratas, two giant robots set to melee battle until one of them can’t continue next year.

In one of the wackiest examples of crowd funding, Kickstarter has enabled our much-loved project,  the backers of MegaBots, Inc. to raise $500,000 in order to carry out the necessary upgrades to the MKII, the US’ national Robo champion. The MegaBot MKII robot has challenged the lighter but more agile Kuratas to combat but to do that the MKII needed legs.

Until now it has lumbered around on triangular tracks rather like an armored personnel carrier or mounted gun. Now guns, this being the USA and all it certainly has those, but the most recent clip of them in action shows it shooting paint in a publicity stunt reported on the Nerdist blog site.

Its match with Kuratas will be mechanical in nature, so rather than relying on sophisticated weaponry we are hoping the MKII’s new legs prove strong and stable enough to withstand the heavy blows of combat.

We eagerly await the revamped MegaBots MKII legged version and its eventual showdown next year with Kuratas. Go MegaBots!