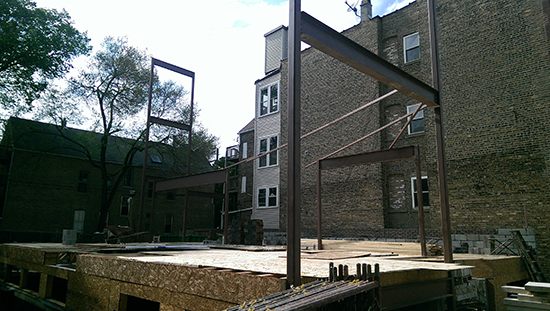 Debate is increasing about whether we have reached peak steel. What that means is have we reached peak Chinese steel production? Because with China producing over half the world’s steel, minor rises elsewhere would be nothing compared to a significant drop in China.

Global steel production fell by 3% in August 2015, according to the Brussels-based World Steel Association (WSA), its biggest fall this year led by a decline in China’s steel production. World steel production went down to 132 million metric tons last month, as China registered a 3.5% drop in steel output to 66.9 mmt. The global decline came in spite of number 2 producer Japan, and both Germany and India, posting double digit gains.

Globally, though, steel production is struggling and, more importantly, so are steel producers. The WSA said the crude steel capacity utilization ratio for the 65 countries it coordinates data from (covering 98% of global steel production) in August 2015 was just 68%. This was 3.6% lower than August last year and a decline on the month before.

Yet while China’s steel production may have dropped, its exports have risen. In the first eight months of this year, product exports reached 71.87 mmt, up 26.5% compared to the same period of 2014 and CISA’s vice chairman is quoted as saying this year the country will export more than 100 mmt of steel – that’s equivalent to more than the entire production of North America or nearly as much, purely in exports, as the next-largest producer, Japan, produces both for domestic and export combined.

Iron ore producer Vale SA has said it sees China’s dip as temporary and sees production picking up again next year, but that supposes the country’s construction sector, largely its housing market, will return to growth. This is far from a given.

Housing prices and home sales have picked up this month but more as a reaction to the fall in the stock market as investors have turned to bricks and mortar rather than shares. In practice there is still a glut of unsold properties, particularly in tier-2 and tier-3 cities, so a widespread housing construction boom is highly unlikely. That really isn’t the kind of asset bubble Beijing wants to reignite.

Nor, however, do states want to encourage large-scale consolidation and closure in the steel sector. So, unless the authorities take more radical steps, possibly on environmental grounds to close steel plants over capacity, poor capacity utilization and massive export volumes are likely to continue to depress global steel prices next year.

PREVIOUS POST:
Are MINTs a Better Investment Than BRICS Or CIVETS?
NEXT POST:
Do US Steel Industry Trade Cases Even Work?