Week-in-Review: Metals Fought the Bear and the Bear Market Won

This week, our metals, along with the rest of the commodities, fought a bear market and the bear won. Commodities are getting beaten up by a strong dollar and falling demand. This bear has paws like dinner plates.

How did commodities fight back? Other than not very well? Details emerged this week from China about how, exactly, Beijing will attempt to stimulate its sputtering economy. 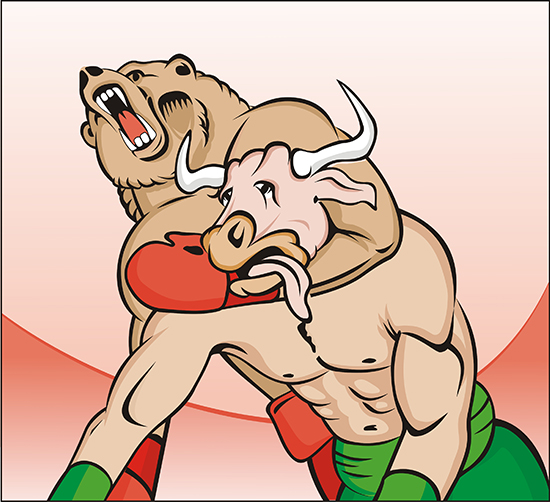 The battle between the bears and the bulls has been lopsided lately.

China will spend at least 2 trillion yuan ($315 billion) to improve its power grid infrastructure over the 2015-2020 Five-Year Plan period, according to another Reuters article that cites government sources.

China Plans to Bail Out Copper… Or Aluminum

My colleague, the indefatigable Stuart Burns, is one of the many who is already skeptical of this plan’s potential to help copper. That might not be bad for ALL metals, though.

It’s half as expensive to wire up factories with aluminum alloy as it is to do so with copper, making the switch attractive for cost-conscious Chinese manufacturers, but the shift would be expensive in the long term, since aluminum alloy deteriorates faster than copper. When has that ever stopped budget-conscious builders before? Good luck, China! You’re going to need it.

A Rate Hike, We REALLY Mean It This Time!

We made it through September without an increase in interest rates, despite the Federal Reserve signaling one might come last month for most of the summer.

Even though prices fell further for our metals this month (check out our MMI report next week), all was not lost. One metal, at least temporarily, won its battle with the bear.

The silver lining this week was the price of, well, silver. Silver hit a 3-month high this week and coin supply continued to lag behind investor demand. Sure, silver might still be in an overall down trend, but we’ll take the victories where we can get them.